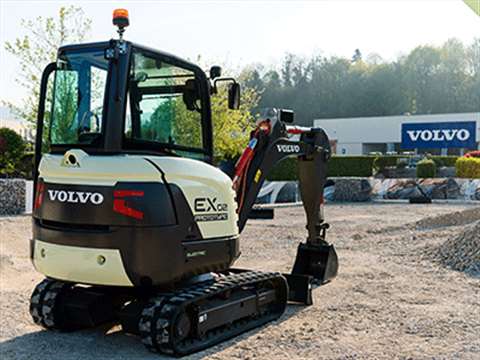 The EX2 stemmed from the company’s earlier ELEXC research project, which was partly financed by the French government as well as various funding bodies in France. Volvo CE worked with a team of six partner companies which all contributed towards the €7m (US$ 7.9 million) project.

The ELEXC work started in 2012 and concluded in 2015, Volvo CE has since been working on other research projects connected to the EX2, such as durability tests.

“The electrification of construction equipment will produce cleaner, quieter and more efficient machines – this represents the future of our industry,” concludes Ahcène Nedjimi, electrics and electronics systems lead engineer and EX2 project leader.