Maritime transport company Wagenborg, which is headquartered in The Netherlands, has ordered a second BM-T40 3D motion compensated crane from Dutch motion compensation systems specialist Barge Master to be installed on its new walk-to-work vessel, the Kasteelborg. 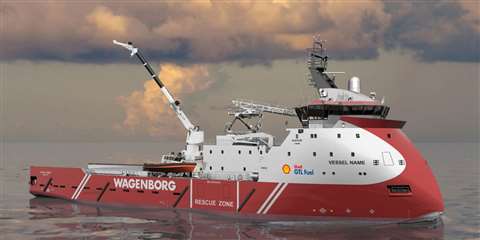 According to Barge Master, its first BM-T40 was installed on a Wagenborg specialized maintenance support vessel called the Kroonborg where it increased the amount the vessel could work from approximately 180 to 330 days per year. The crane can lift 32 metres above sea level at a reach of up to 20 metres or 15 tonnes at a reach of 10 metres.

The new BM-T40 is being installed on the Kasteelborg by the Royal Niestern Sander shipyard in The Netherlands. Earlier in 2018 the shipyard converted the Kasteelborg from a PSV into a walk-to-work emergency response and rescue vessel for Wagenborg. The crane’s fabrication will be carried out by German engineering firm Bosch Rexroth. 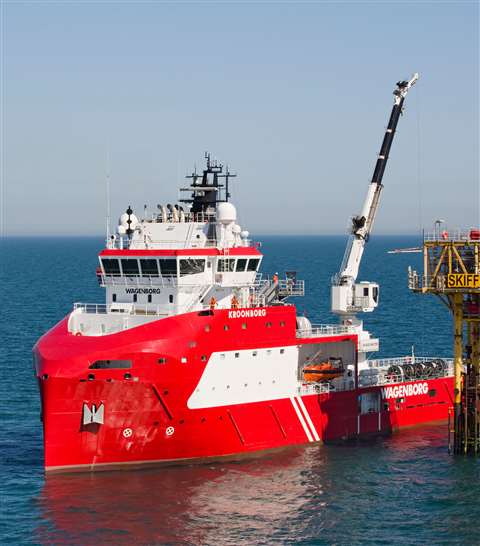 Once complete, the new walk-to-work vessel will support offshore operations for the combined NAM and Shell UK business unit at the gas production facilities in the Southern North Sea. It will operate as a stand-by and support vessel for inspection and maintenance of the unmanned platforms in both Dutch and British waters.

Martijn Koppert, CEO of Barge Master, commented, “Barge Master’s motion compensated crane is designed to create a much wider operating window at sea, and increases safety and workability considerably. And by doing that you reduce cost tremendously. I have worked offshore for a long time and have experienced the problem of swinging load first-hand. A heave compensated crane does not eliminate swinging. That’s why we came up with the 3D motion compensated crane. Simply put, this technology keeps your crane load stable even in choppy waters.” 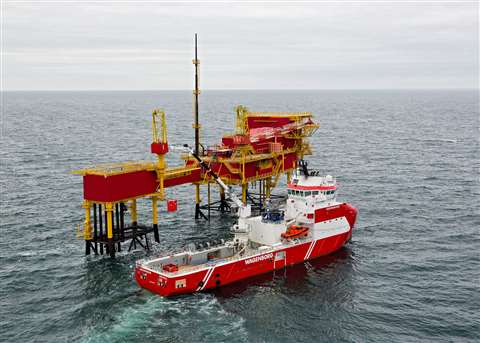