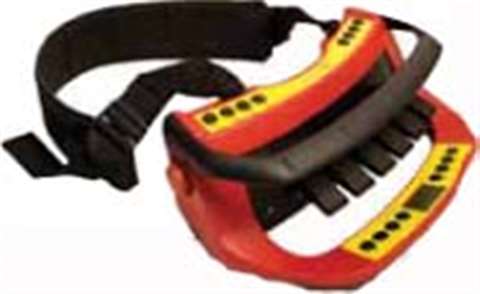 Advances in technology are allowing remote control manufacturers to refine their products to meet the needs of larger, more complex cranes. As a result the range of new products is as comprehensive and diverse as ever.

Geir Paulsen, managing director at Cavotec Micro-control, said the company was on the brink of launching three new products, all with extended battery life. The MC-3-4, suitable for truck mounted cranes, will be ergonomic and lightweight, he said. “What we saw when we investigated a lot of competitors' products is that the ergonomics are not sufficiently taken care off, even if they appear to be ergonomic and lightweight.” The unit also offers excellent feedback through displays, Paulsen added.

Two pushbutton products, for overhead applications, will be introduced this month (April 2008). Paulsen said the MC-2-3 and MC-2-5 models, which have 2 x 3 and 2 x 5 push buttons, respectively, will be easily configurable and have advanced graphic displays along with stringent safety features. Safety, he added, is one of the key features of all Cavotec products.

In the case of the two new handheld units, the emergency stop is duplicated all the way from the emergency stop push button to the relay. Two different bands are used to monitor for faults, both using different software, which Paulsen says will ensure the system will keep operating.

“I am quite certain that in every application you will see more and more products in accordance with safety standards.”

This is especially true, Paulsen added, in the offshore oil and gas and mining industries, to which Cavotec supplies much of its equipment.

In some oil exploration applications, Cavotec remote controls have even been used to control the whole vessel. The unit is used to lower winch cables to the sea bed. “The speed of the winch is also defining the propulsion of the vessel, so you have an application in which they are controlling the winch and the huge vessel,” Paulsen explained.

Safety is a vital consideration for all heavy equipment remote control systems, not least HBC-radiomatic's Technos transmitter. The device comes with LCD for system and feedback data such as wind speed or load weight. The Technos is available with two multi-step or analogue HBC joysticks or six analogue linear levers.

“As an option the transmitter can also be supplied with two Z-axis joysticks for simultaneous control of three drives with one hand. On the front plate, the transmitter offers generous space for up to four rotary or toggle switches.”

Up to six push buttons on both sides of the housing completes the range of commands, with “a stop impact switch of proven HBC quality ensuring a high level of safety.”

The company has also recently launched the FSE 512 radio receiver which allows the output of 12 commands, plus emergency stop and is suitable for cranes with three two-step drives, said the company. It is available with a range of additional features, such as catch release, tandem operation and radiomatic infrakey.

For areas with a high radio density, such as large factory buildings with many radio-controlled cranes and other machines, the HBC receiver can be supplied with radiomatic AFS (automatic frequency selection).

“This new technology provides for trouble-free radio operation at all times under confined radio transmission conditions. A further option is the use of receiver within the context of a so-called multi-receiver concept (MRC).”

By means of the simultaneous use of several receivers on one crane, trailing cables can be eliminated, explained the company, which reduces service costs.

At HBC-radiomatic demand is driven mainly by European and Asian markets, “either due to a growing degree of industrialisation or due to strong manufacturers. Regarding products, we still see a big demand for standard systems as well as for customized products, both strengths of HBC-radiomatic,” says the company.

Looking ahead, it says products that offer more information and more operating comfort to the user, plus user-friendliness, good ergonomics and safety are all key elements in innovations planned for 2008.

In addition, new transmitter system spectrum A will be launched for the control of industrial, loader and construction cranes.

Continuing on the safety theme, Olsbergs' new eight-lever radio remote control, which complements the company's existing six-lever range, displays information about what happens when a lever or button on the unit is activated. The menu selection system allows proportionally controlled functions and on/off-functions in many different menus.

“Complex cranes with many functions using this controller will now be more perspicuous and, thereby, safer and easier to operate with fewer menu changes.”

Side displays show symbols for the functions that each corresponding level activates in the selected menu. When the operator changes menus the symbols change to reflect the functions that have become active. There is also a centre display for general information.

“The safety system of the crane may generate feedback to the controller regarding limited capacity, cylinder relative load, or if a function is disabled due to an overload situation. This information facilitates for less experienced operators to control their cranes in a safe manner.”

The radio operates in the 2.4 GHz band where no user licence is required, adds Olsbergs, and may in principle be used anywhere, including across national boundaries. It will be available in the second quarter of 2008.

Control Chief also places safety at the top of its agenda and claims to be the “forerunner in pioneering new ways to improve safety technology in industrial wireless remote solutions that will meet the demands of industry, globally.”

The company has two new additions to its product line, the LJ Series transmitter and the Advantage Series receiver.

The transmitter features a high intensity LED, three-digit display that gives the crane operator the ability to program crane numbers into it and view the number of the active crane, which greatly increases shop floor safety, explains Control Chief.

With industry requirements becoming increasingly varied, the company says it prides itself on its ability to provide customized solutions for complex situations.

Ergonomics is also an important consideration in modern crane operations, which Autec says its Modular series, including the new MK 06 and MK 08 pushbutton units, is ideally suited to. This series, which includes handset and joystick controllers, is certified by TÜV Süddeutschland for its functional safety, says the company.

“The new transmitters with six or eight pushbuttons are even more compact and allow the employment of different actuator types. This way it is possible to create a tailor-made solution that suits the specific needs of the customer for any hoisting and material handling application in the building and industrial field,” according to Autec

The Modular series is also available with the company's ACS (Automatic Channel Search) radio technology. It performs an automatic search of the working frequency, moving the communication to a clearer channel, if necessary. In addition, the devices work in a wider radio spectrum, allowing better working effectiveness. “The user need not set the working frequencies and the system does not stop because of interferences,” explains the company.

The new models are also available in “master/slave” and “take&release” versions, allowing the joint control of different machines or the control of the same machine with two units. “The so-called master and slave transmitters are matched with two compact receiving units, thus performing the control of the corresponding machines in single or coupled mode. The control of the shared machine occurs by means of a take and release actuator voluntarily activated by the user.”

Autec adds that the control status uses fail-safe, meaning the control of the shared machine remains with the same transmitting unit even when it switches off or if a failure occurs. The available receiving units have AC power supply, and can be outdoor units, with a protection degree of IP65, or DIN rail mounted units installed in the electrical panel.

Tele Radio's T70-Jaguar system has 64 channels to choose from in the licence-free 433–434 MHz band, meaning there will always be a free channel to work on, says the company. The radio control, to be launched at May's CeMat Fair in Germany, is designed for tough environments and can work in temperatures ranging from -20 to +65oC. Both transmitters have an approved seal against dust and water, while the transmitter comes with between two and 16 functions, depending on the version.

Safety has also been considered, with the Jaguar offering 16,777,216 unique codes, factory programmed with a different code for each transmitter.

“Thi s m a k es it impossible for a n u n autho ri sed transmitter to control the receiver.”