Work of art for Feldmann 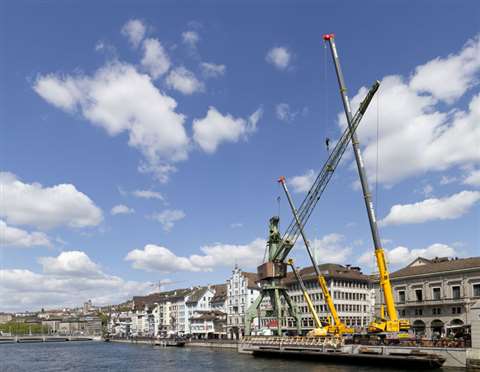 The installation of the port crane is part of an art competition organised by the Commission for Art in the public area of the city of Zürich. The 30 metre high port crane was the winning entry for the Zürich Transit Maritim project. It weighs 90 tonnes and was originally located in Rostock. It will be on display for nine months.