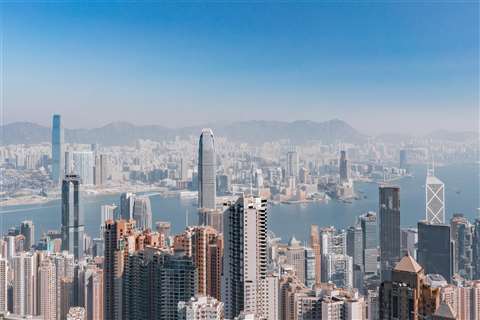 “The global economy has been accelerating since the beginning of 2018, but the recent improvements in growth remain unevenly distributed across countries and regions,” said Raluca Cercel, CW Group’s associate.

“Economic prospects for many commodity exporters remain particularly challenging, and fears of future disruption to trade could lead government-driven economies to postpone investments, while higher oil prices could filter through to cramp consumer spending.”

In China, cement demand is being dragged down by lack of investment in the real estate and infrastructure sectors. In total, the Chinese cement market is expected to consume 2.55 billion tons (2.3 billion tonnes) of cement in 2018, a decrease of almost 3% compared to last year. The country’s economy is now reaching a mature stage similar to that achieved by the western markets 20 to 30 years ago, when demand for cement started to reach its plateau.

In the Middle East, cement consumption is likely to decline in 2018, as the two major producers and consumers in the region – Saudi Arabia and Iran – continue to struggle with overcapacity and sluggish demand. The next five years are believed to bring a recovery in regional cement consumption, underpinned by stronger government revenue, in turn supported by rising crude oil prices.

The forecast for the African continent has been revised downwards from the previous forecast due to lower than expected growth in 2018. Consumption in the region is expected to grow by 1.6% in 2018 and by 3.6% on average per annum through 2023. This year’s figures have been negatively impacted by underperformances of the Egyptian, Tunisian and Kenyan markets.

In the US, CW Research expects cement demand to grow by 2.8% on a cumulative annual growth average.

“US cement demand is being propelled by an increasing consumer spending, which is reflecting on growing residential construction. Nevertheless, the ambitious infrastructure plans envisaged by the Trump administration remain on hold, translating into a lackluster increase in cement demand”, said Robert Madeira, CW Group’s managing director and head of research.

In Western Europe, cement demand is expected to increase by close to 3% year-on-year in 2018, while maintaining an average growth of 2.2% for the period between 2018 and 2023.

In advanced markets such as the US and Western Europe, cement demand has been sustained by a steady growth in their economies.

The cement market of Latin America is expected to display a recovery in 2018, following consecutive years of declining cement demand. During the next five years, growth will likely accelerate as the regional economy recovers.

This year, Argentina has outperformed the remaining countries of the region thanks to a dynamic construction sector and large projects such as dams, highways, bridges and tunnels. To the contrary, Brazil continued to be immersed in political and social instability.