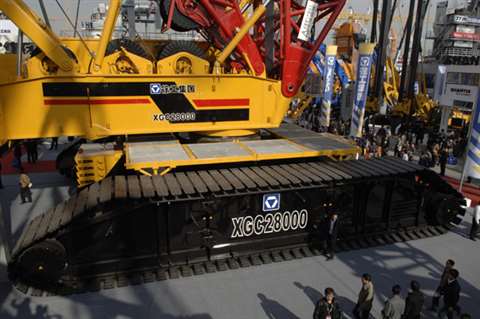 It was jointly developed with Chinese oil company Sinopec (China Petroleum & Chemical Corporation) following an agreement signed in 2010. In October 2011 it was included by the Ministry of Science and Technology in the State High-Tech Development Plan known as the 863 Program. The government funded programme is designed to stimulate domestic product development to reduce reliance on foreign technology.

The latest range-topping model follows the 1,000 and 2,000 tonne capacity models previously launched, the latter shown at the 2010 Bauma China exhibition in Shanghai as the XGC28000. The 2,000 tonner was used on its first job at the end of June 2011.

Keep reading IC for more on this and other product development news.