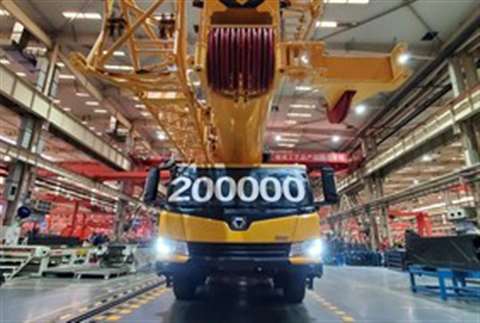 Chinese crane manufacturer XCMG reached a production milestone as its 200,000th wheeled mobile crane came off the line in Xuzhou.

Sun Jianzhong, XCMG vice president, said “XCMG holds many firsts. The supply of 200,000 wheeled cranes is the result of XCMG’s close partnership with suppliers and dealers, with whom we thrive and make progress. We also need to thank our customers as well for their continuous trust and support.”