Xtreme to launch 65,000-pound telehandler – and more – at ConExpo 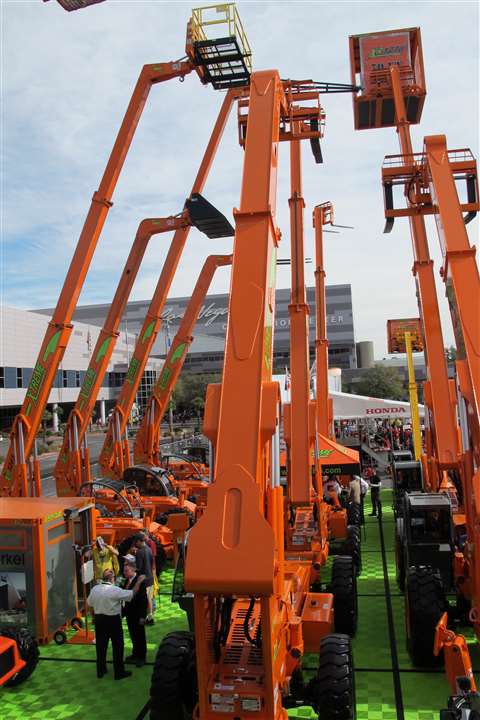 Xtreme's booth during World of Concrete 2014.

Xtreme Manufacturing will debut its largest-capacity telehandler at ConExpo 2014, Don Ahern, owner, told Access, Lift & Handlers during World of Concrete, Jan. 21-24 in Las Vegas. The 65,000-pound capacity telehandler will weigh 95,000 pounds and is aimed for work in bridges and pipe-handling, Ahern said.

On the other end of the spectrum, Xtreme will also debut its most compact telehandler, the XR5919, that features 5,900 pounds of capacity, 19 feet of lift height and 63 hp. The unit is being produced to compete with smaller telehandlers currently on the market. When both debut at ConExpo, Xtreme will round out its lineup to 15 models.

But visitors to Xtreme’s stand should expect much more than telehandlers. Ahern told ALH exclusively that those expecting only telehandlers will be surprised to see a completely new series of aerial work platforms featuring never-before-seen technology. For full details on what these machines are, make sure to pick up ALH’s March issue and flip to the ConExpo show guide.

For more information and specs on the behemoth new telehandler and its smaller sibling, the full World of Concrete report will also be in the March issue of ALH.