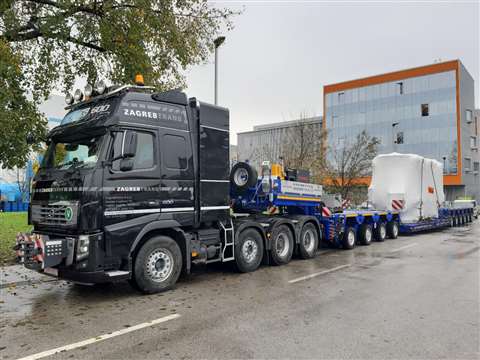 The modules can be configured with five axles at the front and seven axles at the rear. Between the axles there is a slab deck with a loading length of 800 cm in the low deck. According to Scheuerle, this combination enables a payload of around 120 tonnes with a dead weight of 46.3 tonnes.

“The decisive factor for the investment was the technical sophistication of the product and the particularly favourable dead weight per axle line in this vehicle segment,” explained Davor Radenić, technical manager at Zagrebtrans. Depending on the version, the lightweight transport modules of the UltralightCombi series are available with a dead weight of around 2.2 tonnes per axle line, said Scheuerle.

Zagrebtrans intends to use the UltralightCombi modules for the transportation of large but relatively light components for the energy industry, including transformers and components for wind power installations. The company also intends to combine the new modules with its existing Scheuerle FlatCombi platform trailers, with which it transports heavy wind turbine components such as nacelles. The compatibility of the low deck loading area of the UltralightCombi with other Combi series vehicles is a major advantage for Radenić, said Scheuerle, saving the company from having to invest in additional equipment. Scheuerle added that the UltralightCombi modules helps Zagrebtrans comply with Croatian regulations for heavy goods transport where the fee for granting the approval is calculated based on the total load and transport route and so the weight-optimised UltralightCombi has an advantage over heavier transport methods. 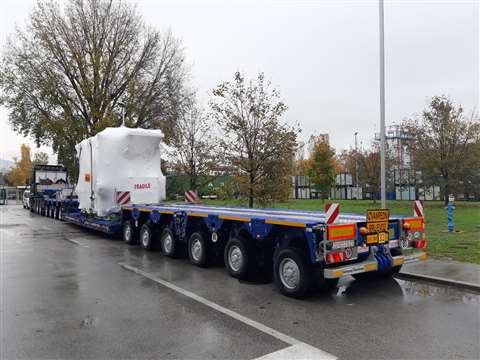