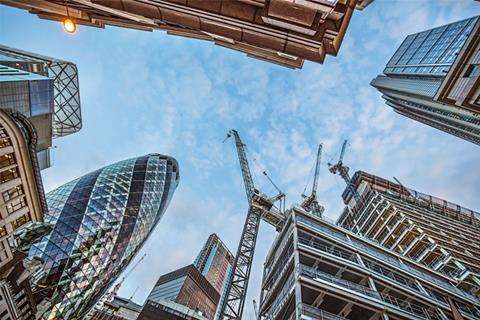 Construction firms that have not reopened since the start of lockdown are being encouraged to return to work by UK Prime Minister Boris Johnson.

In a special address to the country, the PM said that the lockdown could not yet end due to the high number of Covid-19 cases, but announced some easing of restrictions.

“We now need to stress that anyone who can’t work from home, for instance those in construction or manufacturing, should be actively encouraged to go to work,” he said.

He added that employees must be safe and people should, “avoid public transport if at all possible”.

Construction work has been officially permitted in England and Wales since the start of the lockdown but many construction sites have been closed.

Figures released earlier this month showed that the UK’s construction industry recorded its worst slump in more than two decades last month, as many builders shut down their sites during the Covid-19 pandemic.

The monthly IHS Markit/Cips snapshot showed the main construction activity index fell from 39.3 in March to 8.2 in April, the lowest since the figures were first collected in April 1997, and lower than the previous record low of 27.8 in February 2009 at the height of the financial crisis.

According to the latest coronavirus update from Build UK, there is no clear guidance from the Government or Public Health England on the use of face masks by construction workers.

Despite Boris Johnson relaxing some lockdown measures in England, the governments of Scotland and Wales have not implemented the same measures. In these countries all non-essential construction remains banned.

This means that construction workers who live in one country within the UK but work in another are in a difficult position, as crossing the border is being actively discouraged in both Wales and Scotland.

The government’s guidance on returning to work safely can be viewed here.