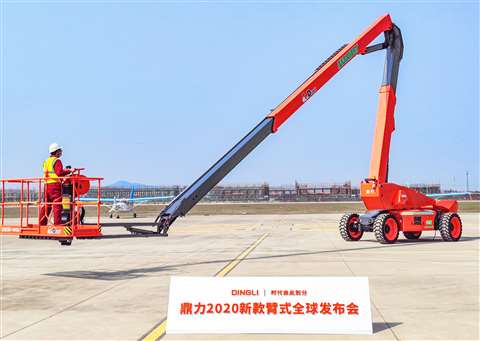 Dingli revealed one of the models, the 28m EAB28ERT, to a crowd of almost 1,500 clients, including 700 rental company representatives, at Zhejiang Deqing Mogan Mountain Airport.

The modular design of the platforms means that the electric models share 95% of the same components and 80% of the same structural parts as their combustion engine-powered counterparts, making it suitable for the rental market.