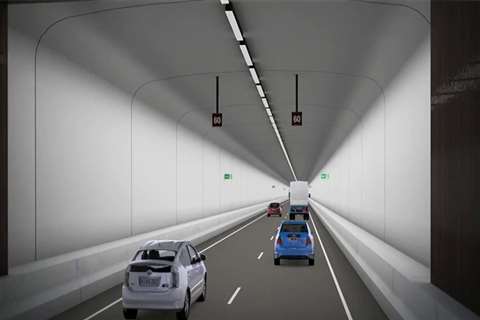 An artist’s impression of the Rozelle Interchange

A consortium has been shortlisted to design and build the Rozelle Interchange and Iron Cove Link as part of WestConnex, the biggest road development in Australia at AUD$16.8 billion (US$12.6 billion).

The works will improve and expand the transport network in Sydney. The contractor Salini Impregilo leads the consortium.

The Rozelle Interchange and Iron Cove Link, commissioned by the New South Wales Government, foresees the construction of an underground motorway interchange to City West Link and underground bypass of Victoria Road between Iron Cove Bridge and Anzac Bridge with links to the proposed future Western Harbour Tunnel and Beaches Link.

This link will connect the new M4 and M5 motorways, providing underground travel for tens of thousands of vehicles every day.

Construction of the M4-M5 Link tunnels is expected to start later this year and will potentially open to traffic late in 2022, with the Rozelle Interchange and Iron Cove Link opening around 12 months later.

WestConnex, which will ease traffic congestion and improve access and connections to western Sydney, comprises five projects which are being delivered in three stages. The M4-M5 Link Rozelle Interchange is part of the third stage.

The Australian Industry Group has estimated that the annual growth rate in roadwork projects to be around 21% for 2018-2019, and around 19% for rail. The Australian Government plans to invest around AUD$75 billion ($56.4 billion) in public works such as road, rail and other transport infrastructure between 2018 and 2027.