Anaconda Equipment is to become part of the McLanahan Corporation group of companies after the two businesses developed a close working relationship during a distribution agreement that started in 2017. 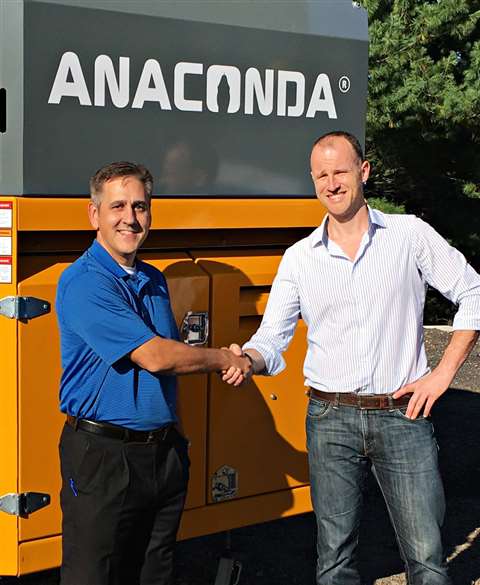 The companies announced the move citing the fact that “their values and business styles were closely aligned” as a key factor in the acquisition. Legal closing was expected by early March.

Founded in 2008 by Alistair Forsyth and Martin Quinn, Anaconda has spent the past decade developing its extensive range of mobile tracked equipment.

This includes scalping, screening, recycling and conveying equipment, and in that time a global dealer network has sold over 1,200 units into more than 50 countries across six continents.

Anaconda has also expanded to include a sales and distribution office in Massachusetts, USA.

“We looked into growing our line of track equipment in several different ways,” said Sean McLanahan, CEO of McLanahan Corporation.

“When it came down to it, we saw in Anaconda a company that was well established, had great employees and dealers, and had many of the same values and business principles as we do. Adding them to our family of companies seemed like a clear fit.”

Anaconda will continue to operate as an independent brand, with its established dealer network continuing to support Anaconda customers around the globe. Alistair Forsyth will stay with the company as group president and managing director.