McCloskey International, whose product range covers crushers, screeners, stacker and washing systems, says it is optimistic for the next two years after feedback from dealers showed 85% of them having high expectations of growth. 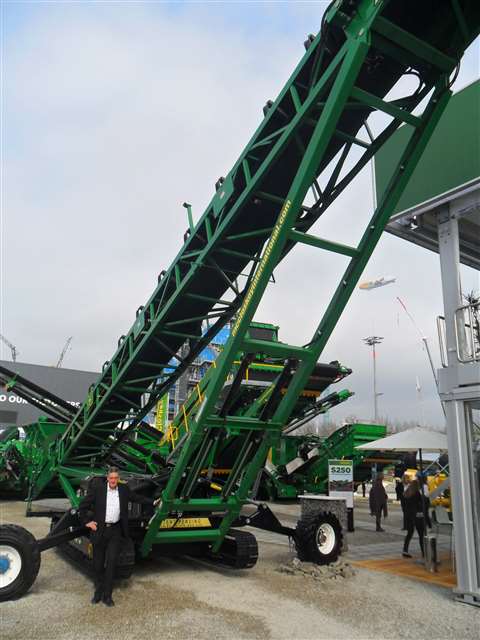 Paschal McCloskey, owner of McCloskey International, at Bauma with the ST100 TF radial tracker. Also on show were the new S250 large scale screen and a redesigned 154 R impact crusher

Part of the reason is the new S250 which forms the company’s entry into the large scale screening market. Its features include that it can be completely folded for transportation, and it has individual conveyor control for slowing down different sized material at different times.

Also on show, and being proudly exhibited by company owner Paschal McCloskey himself, was the ST100 TF radial stacker, while the 154R impact crusher has been redesigned with a new chassis for improved access in case of material blockages.

International sales director Steve Walls said the company - which has a turnover of C$400 million (US$300 million) and a dealer base of 90 companies worldwide - was experiencing strong growth in Europe and Asia, alongside the continuing integration of recently acquired company Lippmann-Milwaukee into the group structure and investment in facilities in Northern Ireland.

This year’s Bauma marks three years since the launch of McCloskey Washing Systems and the company said that during that time it has taken an aggressive approach to the market, with 16 machine designs and more than 70 operational plants on four continents. 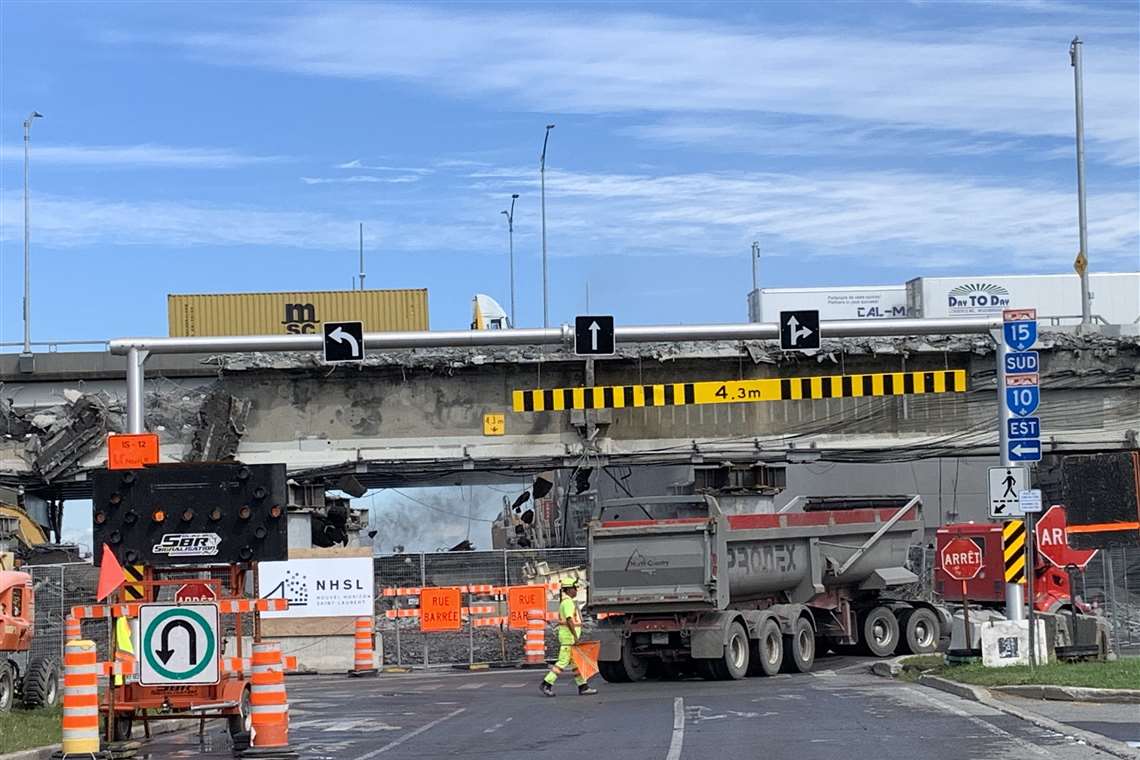