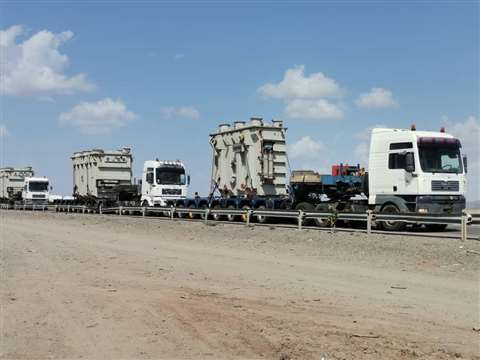 Starting at the Port of Djibouti, Steder transported three transformers to Dallol in Ethiopia. Two of the transformers weighed 99 tonnes each and the third was 56 tonnes. Challenges on the project included extreme time pressure and difficult road conditions.

Dallol is in the Danakil Depression, in the Afar Region of Ethiopia. It is 130 metres below sea level (the lowest place on Earth) and holds the world record for highest average temperature, at 46.7 degrees centigrade). The area is known as “the cradle of humanity”. It was home to the archaeological discovery of 3.2 million year old human remains, known as Lucy, in 1974.

On arrival in Dallol, Steder used a process of sliding and jacking the transformers onto their foundations. They will be part of the project to upgrade the infrastructure for the transmission of electricity between Mekele and Dallol. It will provide electricity for local communities and for potash production. 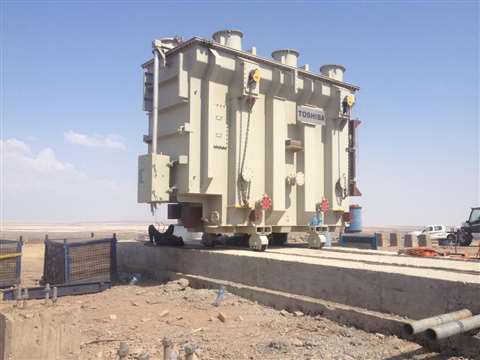 One of the three transformers in place on its foundation