Construction accessories manufacturer Toolprotect has launched a new range of hand tool containers, called Flexbox, for use in thre baskets of aerial platforms, such as scissors lifts.

Made of a flexible plastic that is resistant to bumps, cuts and tears, the flexbox range has been designed to be installed across a range of MEWPs.

Toolprotect said the transport container, which has a load capacity of 3kg, was intended to reduce the risk of injury to workers, should they accidentally bump against it.

The range currently includes a basic version called Flexbox-Solo, which comes with a handle and four fastener openings for screw connections that allow it to be fixed in one position.

Alternatively, the manufacturer said the container can be provided with a pair of retaining brackets, so that it can secured to railings, fall protection guards or MEWP baskets. 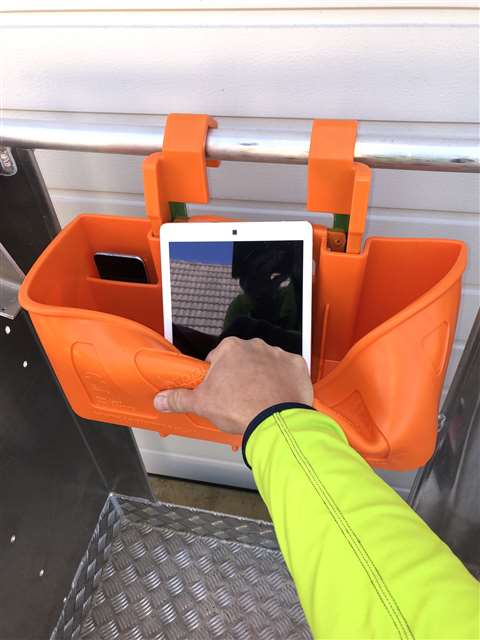 The Flexbox is made of a flexible, tear-resistant plastic