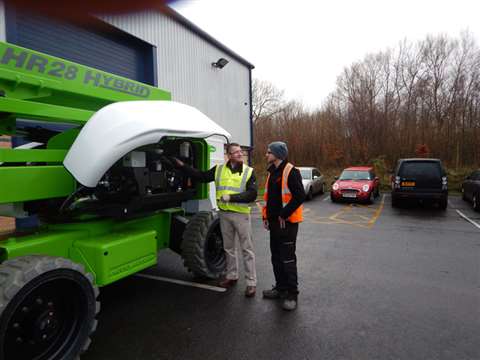 The HR28 Hybrid, which delivers a 28 m working height and 20 m of outreach, is the first of two ordered by APL and makes up just part of its 2014-2015 fleet additions from Niftylift.

These include a number of HR12 4x4s, Queen’s Award winning HR17 4x4 Hybrids, HR17 Narrow Hybrids - launched in the fourth quarter of 2014, in addition to the HR28 Hybrids.

Jason Seddon, managing director and owner of APL said, “After years of working for the ‘big three’ we decided to set up on our own and bought a mixed bag of 24 platforms.

“In the seven years - eight in 2015 - since we started our fleet has grown significantly, but we’ve remained focused on delivering the benefits that the Niftylift booms offer to our customers and the company has gone from strength to strength.”