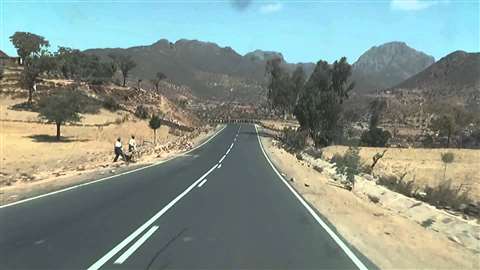 The road network in Ethiopia has vastly expanded

The government’s Roads Authority revealed the target while reporting on the second five-year Growth and Transformation Plan (GTP-II), which runs from 2015 to 2020.

In an interview Samson Wondimu, a director at the ministry, said that the annual budget for roads had grown to reach US$1.7 billion.

Ethiopia is Africa’s second most populous country. It is one of the fastest growing economies in the world, although rising government debt is an issue.