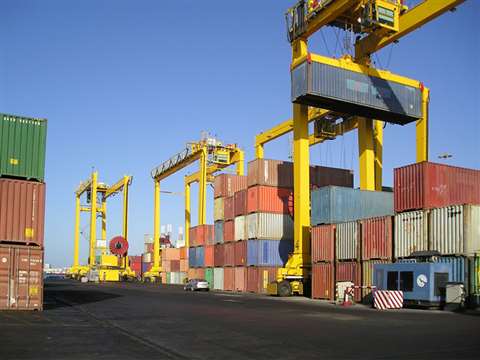 Liebherr Container Cranes has received several orders for its rubber tyre gantry (RTG) cranes that are designed to have minimal negative impact on the environment.

The first of the orders comes from DP World Asian Terminals for five units at its Manila facility in the Philippines. The order follows on from the delivery of two RTGs commissioned for the port earlier in 2014.

The RTGs stack 1 over 6 high-cube containers and have a safe working load of 41 tonnes under spreader and span six containers wide and a truck lane, the manufacturer said. They are fitted with an eco-friendly variable speed drive for reduced emissions and fuel consumption and have auto-steering, a spokesperson added.

Liebherr Container Cranes has also received a contract for the delivery of four electric RTGs to the Port of Longoni in Mayotte, an island between Mozambique and Madagascar. The cranes are due for delivery in 2015. A further eight electric RTGs will be delivered to Porto Chibatão in Manaus, Brazil. They can stack up to eight containers wide and six high and have a safe working load of 40.6 tonnes. The RTGs join a fleet of six RTGs and nine fixed Liebherr cargo cranes at the port.