The truck for Ruthmann’s soon-to-be launched Sky performance Steiger T 9xx HF has arrived at the manufacturer’s headquarters in Germany.

The Scania P 450, destined for Felbermayr.

The exact working height of the new truck mount, first announced at APEX in May, has yet to be confirmed, although as its incomplete name suggests it will be above 90m.

The truck, a five-axle Scania P 450, belonging to Felbermayr will be delivered to the Austria-based rental company once the T 9xx HF has been mounted. The two front axles of the Scania are steerable, while the sleeper cabin is designed to maximise comfort and convenience on long-distance assignments.

Following Felbermayr and Hüffermann, based in Germany, Joly Location has been announced as the third customer of the T 9xx HF. Based in Couternon, near Dijon, France, the company has already invested in Ruthmann’s Height performance series over the years, including a recently-delivered Steiger T 650 HF. This model features a 65m working height and 43m lateral outreach. 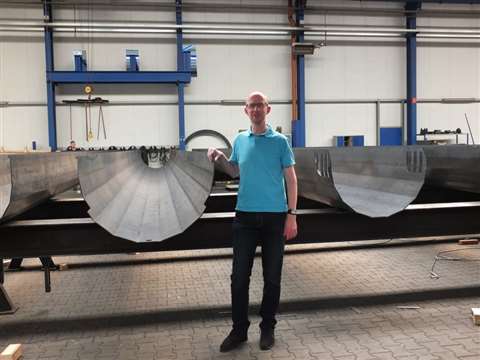 Further information about specifications and components of the T 9xx HF will be released soon.