On land and sea 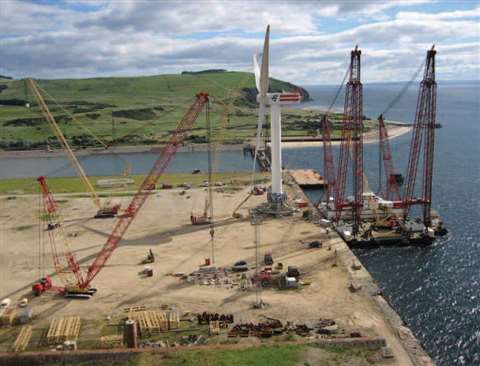 Weldex crawlers load one of the wind turbines onto the Rambiz

Extensive research and technical development has been carried out by the European Distant Offshore Windfarms with No Visual Impact in Deepwater (DOWNVInD) Project to establish the viability of large capacity wind turbine farms in deepwater and offshore locations. The Project is a joint venture between Talisman Energy (UK) Ltd. and Scottish & Southern Energy. Also involved are 18 other European companies specializing in providing energy from wind. REpower Systems AG, the German manufacturer of wind turbine generators (WTG), including the 5 MW 5M- type, is the exclusive turbine supplier. The German company claims that its 5 MW WTG is the world’s largest, with a rotor diameter of 126 m. A prototype has been successfully undergoing tests at an onshore location in Germany since 2004.

RePower manufactured the nacelles at rented premises in Bremerhaven, Germany, and transferred to the cargo ship MV Passat. The ship sailed to Esbjerg in Denmark where the turbine blades had been manufactured and they were loaded before the vessel sailed to Nigg, on the outskirts of Aberdeen in Scotland for assembly.

UK-based Weldex Offshore Ltd was contracted to complete the assembly and the first phase of the installation as the wind turbine components arrived at Nigg. During the onshore erection, Weldex used a 600 tonne capacity Terex-Demag CC 2800-1, a 300 tonne capacity Manitowoc Model 2250 plus Max-Er and 220 tonne capacity Liebherr LR 1200.

The company then erected a transition interface frame (TIF) support base, in two sections, each weighing 125 tonnes. The TIF would be used to stabilize the turbines when they were erected offshore. A 61 m, 230 tonne tower section was installed on the frame.

Once the frame was complete the turbine components were delivered and assembled. The components included two 310 tonne nacelles, two 60 tonne hubs and the 18 tonne and 65 m long blades.

The handling and installation of the 5 MW nacelles required two crawlers working in tandem with around 80 m of main boom and using a purpose built 8 m spreader beam.

The three blades for each turbine were fitted to the hub at ground level and were then upended before the 128 tonne rotor was installed to the nacelle.

A four-legged jacket structure, similar to that of an offshore oil production platform, formed the base for the two turbines. The structures, called Jacket Quattropods, each weigh around 800 tonnes and are 70 m long. The jackets were manufactured by Burntisland Fabrications Ltd in Fife, Scotland, and were loaded out onto a barge where they were towed to the offshore site. At the site, Belgium-based salvage and marine contractor Scaldis used the Rambiz, its 3,300 tonne capacity barge mounted crane, to lift the jacket, lower it to the vertical and finally lower it to the seabed. A Weldex crane, mounted on the deck of the Rambiz, assisted in piling work in order to anchor the substructure in the seabed.

Once the foundation was ready the pre- assembled WTGs could be installed on top of the jacket. The two hook lifting operation, using both booms of the Rambiz, required a purpose-built spreader configuration for the load to be rigged on the TIF.

The spreader beam allowed the structure to keep a high centre of gravity throughout the lifting and transfer operation. The turbines needed to be lifted to a height of around 25 m above the jacket so that they could be lowered correctly and installed. The spreader assembly was also lowered onto the TIF so that it could be dismantled there and taken away on the Rambiz. • 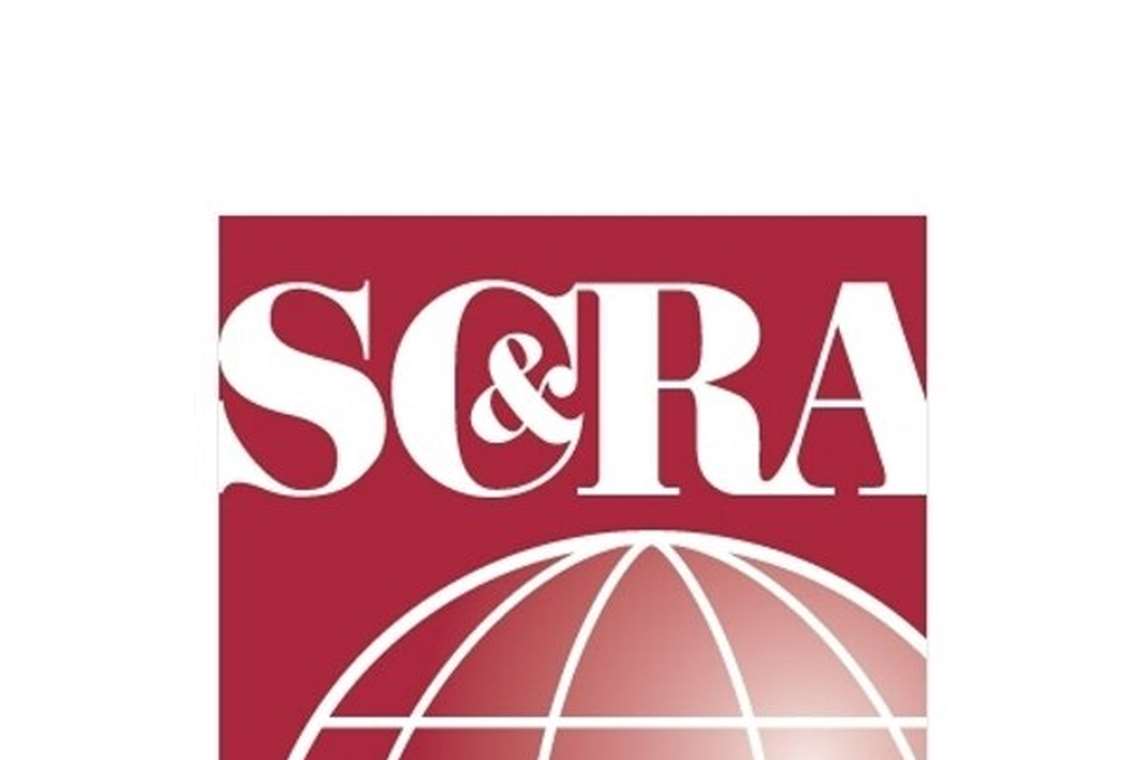