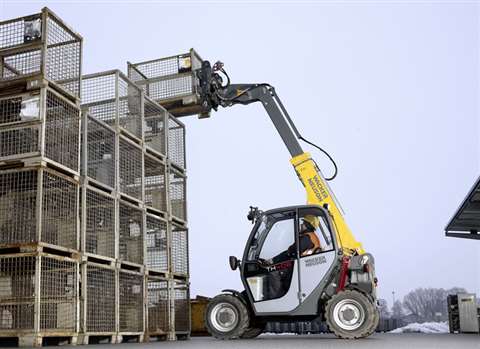 German manufacturer Wacker Neuson has completed its compact range of telescopic handlers with the launch of two new models – the TH408 and TH522.

It said the smaller of the new models, the TH408, could carry a maximum payload of 800kg and had compact dimensions at 1.4 m wide and 1.9 m tall, with cabin. In fact, Wacker Neuson described the model as a mini telehandler, and claimed it was, “the smallest model on the market”.

To protect the operator and the machine, the manufacturer said all of its telehandlers were also fitted with Vertical Lift System overload protection technology.