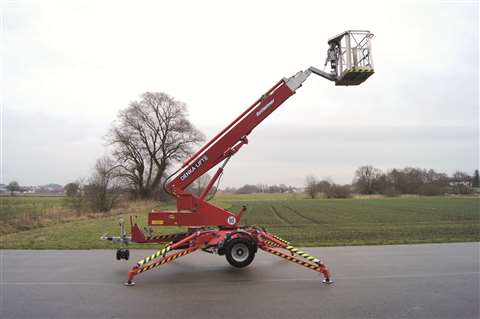 With an anticipated €34 million revenue for 2016, the Rothlehner Group said it expects to see growth 5% over its forecasted figure for the year.

The group has locations in its home country Germany, as well as Austria, Czech Republic, Poland and Slovakia and said greater than expected growth from the Czech Republic compensated for the weakness of the Polish market during 2016.

It has sold more than 700 machines during 2016 and its service division’s revenue of around €9 million for the year reflects confidence from long-standing and new customers, nationally and internationally, said the company.

Sales in Germany and Austria focus on GSR, PB, Denka-Lift, EuropeLift and Haulotte, while in the Czech Republic products from Bronto, Moog, Hinowa and Almac are also sold.

Some 230 days have been invested in product training; half of which with Lift-Manager in Germany. The service, which operates as an independent company, has 75 employees and a €6 million revenue.

New Denka-Lift trailer mounts are assembled at Rothlehner facilities in Massing and Jänkendorf. An extension to Jänkendorf was completed in 2016, with more equipment and service provision.