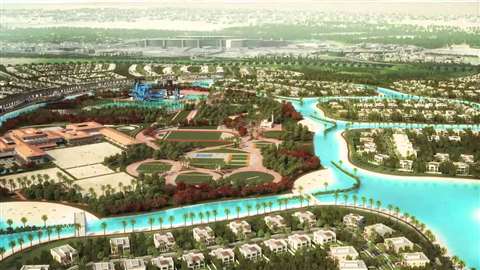 An artist’s impression of Al-Rashid city

The National Investment Commission (NIC) of Iraq is to sign a deal with Emaar Properties of Dubai and Eagle Hills of Abu Dhabi to begin work on the 64,000-home Al-Rashid City in southern Baghdad, Iraq.

In a statement on its official website, the Iraq’s cabinet secretariat said: “The cabinet has agreed that NIC will complete contractual procedures for Al-Rashid City project with Emaar and Eagle Hills and award them the project after reaching agreement on the final form of the contract, in line with NIC requirements.”

Emaar’s involvement in the scheme was announced last year when Ali Mohsen Al-Alaq, the governor of Iraq’s central bank, announced that it was looking to begin work on the scheme in 2018 and giving the total investment as approximately US$10bn.