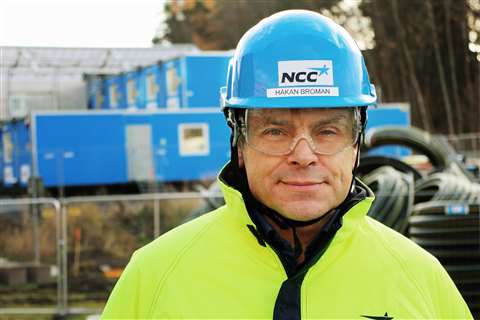 In response to this, NCC has downgraded its growth ambitions, which were stated in the company’s strategy launched at the end of 2015.

In the third quarter of 2017, an impairment loss of SEK150 million (€14.57 million) was recognised for the Björnegård Tunnel project in Norway. In the fourth quarter, NCC Infrastructure’s earnings were charged SEK260 million (€25.25 million) for the revaluation of the ongoing project portfolio.

Håkan Broman, acting president and CEO, said, “Earnings for 2017 were disappointing and lower than in 2016. To reverse this negative trend, we focus considerably on profitability-enhancing measures.”

Although NCC’s strategy was said to stand firm, its short-term focus is now primarily on improving the operational efficiency of its construction and civil engineering operations.

The outlook for 2018 was said to be generally favourable, with growth of 3% expected over the year in the Nordic construction market.