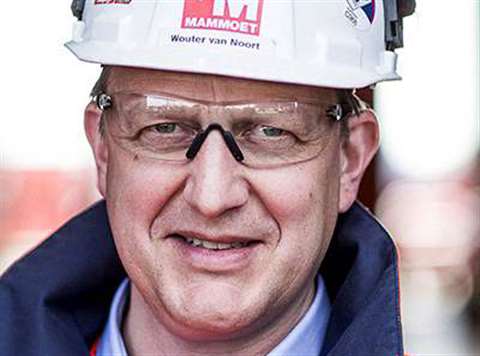 Wouter van Noort from Mammoet has been proposed as the new president of the crane section at ESTA. ESTA is the European Association of abnormal road transport and mobile cranes.

Van Noort, Mammoet Europe managing director since the end of 2017, has joined the ESTA Board as the new representative of the Dutch crane association VVT. At the ESTA board meeting in Hamburg, Germany, in March it was also proposed that van Noort takes over as president of the ESTA Section Cranes. The decision will be made at the ESTA General Assembly meeting in Paris, France, in late April.

Van Noort has replaced Sander Splinter who has moved from his position as managing director at Mammoet Europe, to be managing director at Eriks Nederland. Eriks is a mechanical engineering and technical services company which, like Mammoet, is a subsidiary of privately-owned Dutch conglomerate SHV.

Alexandre Vernazza is the recently appointed ESTA Section Cranes vice president. He is president of Group Mediaco, which includes France’s largest crane rental company and other businesses. In addition, he is the new president of French crane association, Union Française du Levage (UFL) and declined to be Section Cranes president for this term of office due to his workload.