Scanclimber aquisition: looking to the future

Finland-based mast climber and hoist manufacturer Scanclimber is being acquired by Tractel Group. Euan Youdale spoke exclusively about the future of Scanclimber with its managing director Eerik Nousiainen. 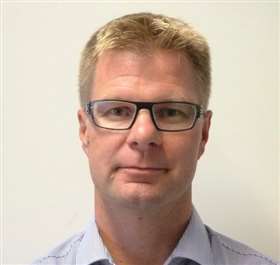 Scanclimber has always been a great innovator of mast climbing products and news of its impending acquisition may have set alarm bells ringing among its customers. They need not worry, as the company’s products seem to be set for ongoing development and global expansion.

While many of the details cannot be confirmed until after Tractel Group has completed its acquisition, likely to be in February, the Scanclimber brand name is set to remain an integral part of the company. The deal is set to see Tractel, based in Luxemburg, with its group operations in Paris, France, ensuring most of the existing Scanclimber operations remain in place, including the head office in Pirkkala, Finland, and its manufacturing plant in Gniezno, Poland.

However, in line with Tractel’s geographical organisational structure, the region in which Scanclimber is based will become a business unit of the company, while the Scanclimber name will become a global brand of Tractel Group.

And, once the acquisition is completed, Eerik Nousiainen, now managing director of Scanclimber, is set to become director of the Baltic Sea area business unit, or similar. Under the role he will also be product manager of rack and pinion products, as well as a member of the management team of Tractel Group.

Speaking to AI exclusively about the deal, Nousiainen, explains the deal has been under discussion for around two years. “The synergies are very obvious. We are two companies with very little overlapping products and we are strong in different markets, but we have products that are complementary, therefore there was an idea that this could be a good marriage.” He adds, “At the end of last year things started to fall in to place and finally the agreement was made.”

Tractel manufactures, sells and services temporary and permanent suspended access solutions, lifting and handling devices, load measurement and control and personal protective equipment worldwide. Through this acquisition Tractel has specifically targeted entry into the growing rack and pinion based vertical access market and expansion in Northern Europe. At the same time Scanclimber sees huge potential in one of Tractel’s biggest markets North America.

Nousiainen says, “We are both in access, and if you look to our competitors, they are similar in nature with rack and pinion, hoists and different types of suspended platforms, building maintenance units (BMU), and so on. Our markets are pretty similar and we are serving similar types of customers.

Importantly the Scanclimber brand name is set to remain intact, along with its products. “It’s a strong brand in the mast climbing industry.”

Although, he adds, “I think we will be fully integrated into the Tractel business. Tractel has a regional organisation and our market has not really been on their map.”

Likewise, Scanclimber has not had a great presence in North America. “We could say North America is historically suspended access. So now, there is a big opportunity for cross selling each other’s products in different markets.”

Under the existing discussions Nousiainen says, “We will be the kind of Baltic Sea area business unit. Therefore, it will carry on covering the area we always have but will have a greater variety of equipment. “That is why I am writing to our customers saying there is increased possibilities with our product range for the future.”

A key reason behind Tractel’s interest in Scanclimber is its leading position as an innovator in the rack and pinion sector.

“In the future our business unit will be responsible for this product type, so there is no change. We will still be developing our product range as before, or even more so, to wider markets.” 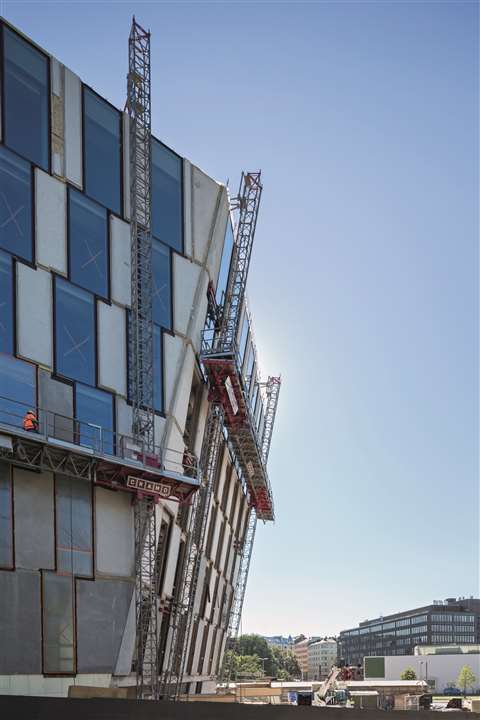 One of the Scanclimber brand’s key targets will be North American, where it is currently quite weak. “North America was hit very badly by the recession. “Before the market crashed we had a subsidiary in the US and the market was relatively important for Scanclimber. But the subsidiary was run down and when the market came back, we were out of it. We served our existing customers but lacked economy of scale and after sales service. Now, this will change completely.”

This will be aided by Tractel’s extensive network of dealers and locations throughout the continent, as well as manufacturing.

As you would expect, Scanclimber product sales in North America today represents a very low percentage of revenue. “It’s very little today but I am guessing in a few years’ time North America could be our biggest market.”

As I write, Scanclimber’s biggest markets are in its Northern European homeland, from Germany upwards, including the UK, which has grown in importance over the last couple of years. “The UK has been picking up to due to the construction industry in the London area and the other big cities, which has been booming for some time now.”

Further south, there has also been a recent pick-up in Spain. Then there is Southeast Asia, Australia and Japan following up as Scanclimber’s key markets.

As previously suggested, there are no plans to make changes to Scanclimber’s key facilities under the new arrangement. “Of course, we have a big footprint in Poland,” says Nousiainen, “and we will continue to invest in that location and produce more and more there, as it is a very good place for production.”

He adds, “Our weakness in North America has been the lack of service, we have not been present locally. This will not change overnight, of course we need to train people and it takes a lot of leg work but we will have a good network in North America.”

When asked, which other countries have potential for the growth of Scanclimber products, Nousiainen replies,“I think we will go where the low hanging fruit is and wherever we feel we are strong and can focus on cross selling products.”

Turning to Scanclimber products, talk of Tractel’s takeover of Scanclimber over the last two years or so certainly hasn’t slowed down the company’s attention to product development. The company launched the huge 10 tonne capacity mast climbing platform, the SC10000 on 6 December, marking 100 years of Finnish independence to that day. Appropriately, the model is also known as the Centum. 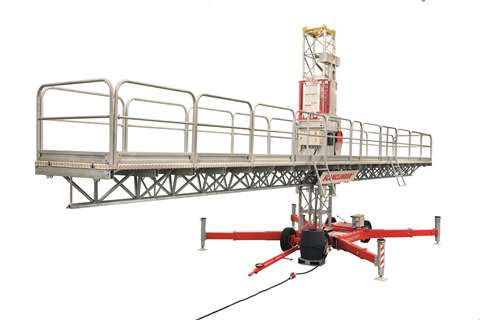 The model is compatible with existing Scanclimber mast climber add-ons, and depending on load capacity and platform length, the Centum can have a single or a twin mast arrangement.

Nousiainen comments, “Of course, North American is using very heavy-duty machines and this should be interesting for that market, but it has already created very much interest in other markets too. In one way it is to serve brick layers and masonry contractors; on the other hand it serves high rise cladding structures.”

Mast climbers, as with other access equipment, seems to be getting bigger by the year. On the subject of size, Nousiainen says, “These kind of products are getting bigger and bigger.

“When we developed the SC8000 we thought the market would not demand more capacity but more flexibility in terms of different types of outriggers and accessories and we focused on developing those.”

They included the All Reach Extension (ARE) and the Double Decker. Although, one solution can lead to another challenge. “If these accessories are widely used they need capacity from the machine. For this reason, now there is more need for having a more powerful machine,” says Nousiainen.