Snorkel UK launched a secondary guarding protoype for scissors at Vertikal Days last week, along with a couple of other UK firsts. 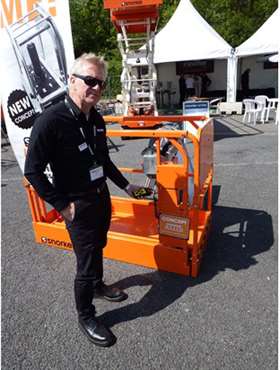 Vertikal Days, which took place at Donington Park, UK, saw the debut of a new Snorkel Guard secondary guarding concept for scissor lifts. The conceptual design was fitted to the Snorkel S3215E at the show, as well as on a walk-in ground-level platform which was designed to collect customer feedback during the show.

The guarding system is based on the manufacturer’s fixed-control panel with a lever attached that stops the platform when pushed down. In line with EN 280 rules the scissor can also be driven from ground level using a separate control box attached via a cable and stored in a compartment at the base of the basket. 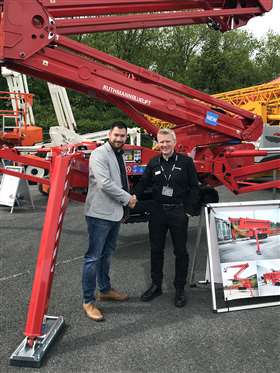 Following the announcement earlier this year, Snorkel UK celebrated the addition of the Ruthmann Bluelift line to its product offering with the UK debut of the new Bluelift SA31 tracked spider lift at Vertikal Days 2018. Just weeks after its initial global launch at Intermat Paris 2018, Snorkel UK displayed the new SA31 on its stand at Donington Park, where the Vertikal Days exhibition was held this year.

The show also marked the European launch for the new Snorkel compact rough terrain telehandler that was introduced as the Snorkel SR5719 in the Americas earlier this year. Known as the Snorkel SR626 in metric territories, this robust telehandler has a maximum lift capacity of 2,600kg, a maximum lift height of 5.79m and a maximum forward reach of 3.2m. Designed for working in confined spaces, the SR626 is just 1.89m wide, weighs 4,700kg and is powered by a Yanmar Tier 4 Final diesel engine. 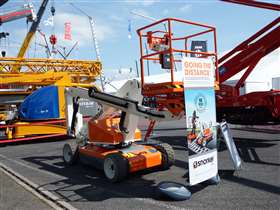 Nine other Snorkel lifts were on display. This includes the Snorkel A38E electric articulated boom lift, which is capable of travelling up to 10 miles on a single charge. This is the equivalent of 4 laps of the Donington Park motor racing GP Circuit.