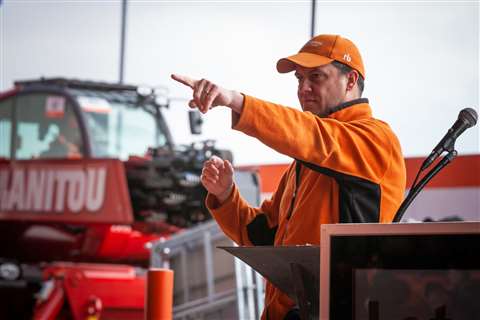 A Ritchie auctioneer at Moerdijk

Ritchie Bros is claiming that its latest auction, held in the Netherlands, was the biggest held at the location since 2010.

It took more than €35 million, and more than 1,725 people from 88 countries were said to have registered for the two-day unreserved auction at Moerdijk. There were also more than 1,200 online bidders.

Jeroen Rijk, managing director Europe, said, it was one of the best line ups of gear Ritchie had seen in years at this site.

He said, “As a result of the quality of the equipment on offer and our ability to reach the right buyers, we saw strong selling prices across most equipment categories, with particularly active bidding, both onsite and online, for the low-hour items available in the auction.” 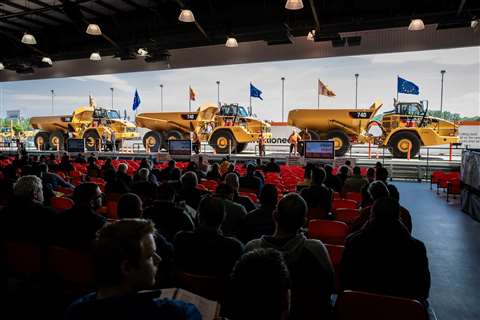 There was a selection of Caterpillar equipment at the auction

In total, more than 2,725 equipment items and trucks were sold in the auction for over 285 owners. There were more than 180 excavators, 60 wheeled loaders, 20 bulldozers, 105 compactors, 10 motor graders and 40 telehandlers.

Ritchie Bros will hold its next auction in Moerdijk in July, and said it had other live auctions and IronPlanet online events in the coming months.