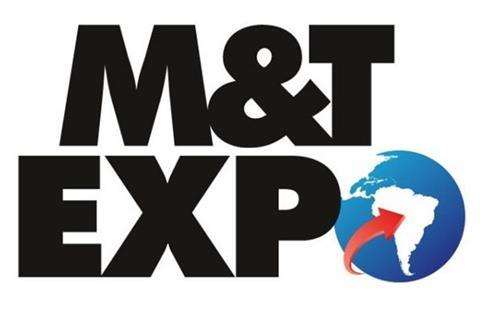 The show was due to take place on June 5-8

Following the news that M&T Expo 2018 in Brazil has been postponed due to a national truck driver strike, many of the major equipment manufacturers have commented in favour of the decision.

The show – which was due to take place in São Paulo on June 5-8 – is the largest construction trade show in Latin America.

Caterpillar released a statement which read, “This is the best decision for exhibitors, suppliers, customers and visitors.”

Guilherme Zurita, commercial manager/concrete technology, Liebherr Brazil, said, “The postponement of the M&T 2018 fair is not what we wanted, but we understand the problem and the factors that led the organisers of the exhibition to that decision.”

Komatsu also stated that they understood the decision and would use the extra time to their advantage. In their statement they wrote, “We reaffirm our commitment to the fair, and we are going to take advantage of this ‘extra time’ we have gained, to prepare ourselves to receive our customers and friends in an even more interesting and attractive way.”

Luiz Marcelo Daniel, president of Volvo Construction Equipment Latin America, said that once conditions were normalised the company would present at M&T, adding, “We are confident that the country, with its recovery strength, will continue on the right track to regain its position as one of the world’s largest economies”

A nationwide truck strike protesting against the high price of fuel started on May 21. It has left many cities short of fuel, food and medicine, and the government’s offer to reduce the price of diesel by 10% has had limited impact. The strike has taken on a deeper meaning, with others using it as a forum to protest against other issues in the country such as corruption, poor infrastructure and violence.