Applicability, lower initial costs and cost of operation are said to be the strengths aiding compact loaders in the equipment rental market, in terms of rental companies investing in such products. 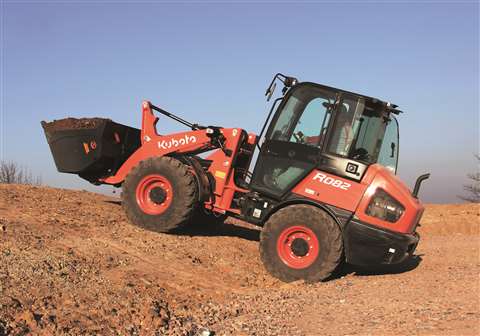 Kelly Moore, product and training specialist, Manitou North America, says the company is seeing increased demand for such products, and adds that attachments are helping to drive expansion of applications and demand for units. Moore even suggests that increased demand for compact loaders will take away market shares from backhoes and mini excavators.

The company’s subsidiary company, Gehl, has launched its R105 model, said to be one of the smallest models on the market. It has an operating weight of just 1.8 tonnes and is powered by a 25.5kW Yanmar Tier IV engine.

Another US-based manufacturer Vermeer has recently launched a compact loader, in the shape of its S925TX model. The motive behind the model is to offer impressive lifting performance and power, while remaining slight in its size.

It features a dual auxiliary system which allows the operator to switch between high flow for ground-engaging attachments and low flow for maximum control. It is also equipped with a universal mounting plate that fits a broad range of r-approved attachments.

The model is available in three different options, including an 18.2kW Kubota-powered model, a 29.8kW Kubota gas-powered version and a 26.2kW Kubota diesel-driven engine, available outside the US. It has a travel speed of 4.1mph, and is built with a chariot-style platform for optimum operator comfort, and pilot-operated ground drive to help the user maintain smooth control on the jobsite, as well as in tight areas.

Bobcat’s latest model offers 10% more lift capacity than the previous roller suspension model. The T870 is available with a wide range of standard and optional features and in a range of configurations to match emissions and specification requirements for all European, Middle Eastern, African, and Russia and CIS markets.

Bobcat says that it also achieves a new level of comfort inside the cab, without sacrificing the performance of the machine.

Aiming for decreases to operational costs, Kubota’s latest compact loader is its R082 model, which is said to deliver low fuel consumption and is thought to be its most cost-effective model in its class. The R082 has a long dumping reach and high dumping clearance, using a bucket or pallet forks.

A key feature of the loader’s functionality is its arm’s tilt/parallel movement, keeping loads upright when raising or lifting the arm, as well as its differential lock system, which gives the operator the ability to engage both the front and rear wheels for slip-free traction.

Another driver in Kubota’s machine design is its ease of maintenance. Indeed, the engine bonnet is at the rear, opening wide, providing quick and easy access to the machine’s main service areas. Items that require routine maintenance and service are within easy reach, too, says the company.

The 403 has a joystick controller and armrest with parallel lift and hydraulic quick-hitch. The machine is less than 2.2m tall and 1.1m wide when narrow tyres are fitted, even with a cab, enabling it to access the tightest confines on site.

Manufactured by Wacker Neuson and available worldwide is its WL28. Its compact dimensions, low operating weight and headroom of less than 2.3m makes entering buildings no problem as well as being able to be transported on a conventional car trailer.

The company says that despite its size, the wheeled loader is a ‘real powerhouse’. It has a tipping load of 1.9 tonnes, and to promote better visibility, the height of the front carriage was kept deliberately low so the operator has a good view of the attachments at all times.

Finally, released in 2017 at ConExpo (Las Vegas, Nevada), SDLG introduced its new compact wheeled loader – the SDLG L918F. The company’s decision to expand its product range comes on the heels of its successful launch into North America. This is the 5th wheeled loader offering in the region.

The L918F has a 1m3 bucket capacity mounted to a skid steer style coupler, which SDLG says places it in the compact loader category but with the versatility of skid steer style attachments. The unit also has an optional 1.3m3 bucket with wheel loader ISO coupler. The company claims that the L918F will compete with large skid loaders because of the similar bucket capacity but with the benefit of ‘increased manoeuvrability and operator comfort’.