Ground has been broken on the US$2.4 billion Green Line Extension (GLX) light rail network project in Massachusetts, US. 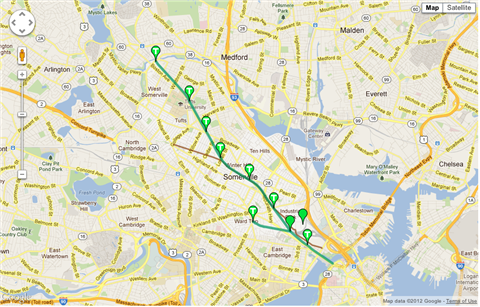 The project, an initiative of the Massachusetts Bay Transportation Authority (MBTA), is expected to take four years to complete and will add 6.9km of new track to the light rail network.

Due to open in January 2022, the new line will also see the replacement or rehabilitation of eight rail bridges and a new pedestrian and bike path. The GLX is expected to generate approximately 40,000 new passenger journeys a day.

Ground was initially broken on the project in 2012, but in 2015 it was revealed that the cost had increased to US$3 billion and the MBTA ended its contracts.

The project was then re-bid, and in 2017 the project was awarded to GLX constructors, a team consisting of Fluor, Middlesex Corporation, Herzog, Balfour Beatty and STV.