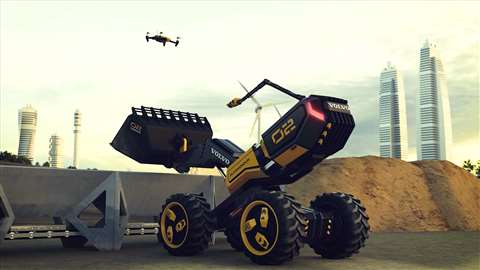 Zeux, as the model has been called, represents the third collaboration between the two companies since 2014 but the first time they have created a futuristic machine. The first two Lego Technic models were of Volvo CE’s existing L350F wheeled loader and EW160E wheeled excavator.

What started out as an informal team-building exercise in 2016 evolved into an idea for an actual Lego Technic product. Volvo CE then started to look at how the concept might become a real machine, and as a result a number of new patents have been registered.

Arvid Rinaldo, brand communication & partnerships at Volvo CE, said, “It allowed us to test ideas for new types of construction machines for the future, both in terms of functionality, scale, design and interaction.

“This model may seem futuristic now, but autonomous, connected and electric construction machines are already starting to be a reality.” 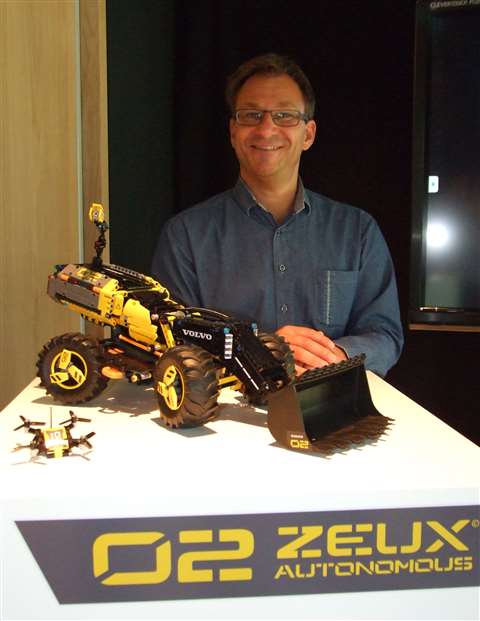 The companies’ design teams also joined forces with a focus group of children who were consulted during the design process. Through play, they gave insights into how the machine might be used in reality, drawing attention to the importance of particular elements such as the adjustable camera boom, called the Eye, which shows where the vehicle’s attention is directed and helps safe interaction with construction site workers.

Another key feature is the scout drone, described as the brain of the machine, which launches from the top of the wheeled loader to map the area and connect with the wider jobsite.

The lack of wheel axels – due to the use of drive hubs in each of the four articulated wheels – and removal of the operator gave greater design flexibility, allowing for an angled body with an extendable counterweight mounted on a scissor frame that raises and lowers the chassis.

Rinaldo said, “Zeux is a realistic next step in the exciting evolution of our construction machines.”

View a video about Zeux here.