The first Sky Performance Steiger T 900 HF has been delivered to Felbermayr, based in Austria. 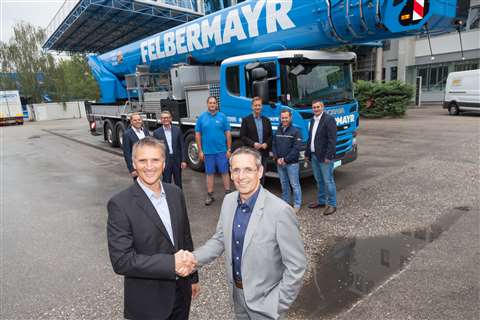 The T 900 HF has a working height of 90m and offers 42m of outreach. The performance is achieved with the manufacturer’s patented DRS-system (dynamic outreach system) and its ‘dual concept’ that increases the range of possible applications.

DI Horst Felbermayr, general manager of Felbermayr holding, “The lateral outreach of 42m, the dynamic outreach system as well as a weight less than 48 tonnes were essential decision criteria. This increases the flexibility whereby we expect a high rate of utilisation.” 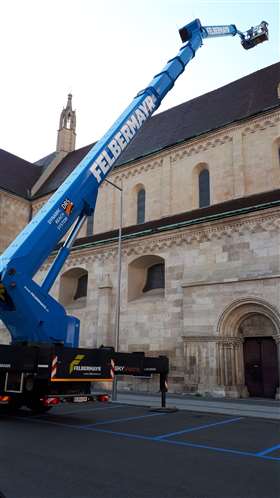 The T 900 HF at the Wiener Neustadt dome in Austria.

Shortly after its arrival, the T 900 HF was put to use on the Wiener Neustadt dome, as church based in the city of the same name.

The delivery follows the fifth order of the T 900 HF by rental company Gräber, based in Germany. The other companies to have ordered the machine are: the previously mentioned Felbermayr; Hüffermann, in Germany; Joly in France; and Coskun Vinc, in Turkey.