EBIT (earnings before interest and taxes) fell from €38.6 million in the first half of 2017 to €34.1 million in the same period this year. Earnings after tax improved to €1.6 million, from €100,000 in the previous year. This was primarily attributed to the fact that currency effects did not have the same negative impact as they did last year.

Total group revenue in the segment came to €327.1 million, compared to €431.6 million in the first half of 2017. This 24.2% decline was attributed to lower capacity utilisation in Germany and the postponements of large projects in the Middle East and other individual projects.

EBIT developed in line with revenue, falling from €13.4 million in the first half of 2017 to €4.8 million in the same period this year. However, earnings after tax were at the previous year’s level, with a loss of €4.1 million – compared to a loss of €4.2 million last year. This was due to the lower impact of currency effects.

Bauer said it expects to catch up with revenues in the second half of the year, and that earnings will also be better. A strong order backlog in Germany, England and the Far East, as well as a number of opportunities for major projects, form the basis for this forecast. 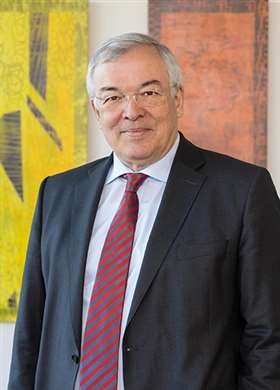 The company’s equipment segment continued to benefit from the positive economic trend on the global construction market, with total group revenue rising by 0.6% to €374.5 million. EBIT was also up from €23.9 million in the first half of last year to €36.3 million this year, and earnings after tax improved from €6.6 million to €16.1 million.

Thomas Bauer, chairman of the management board, said, “We continue to see a positive trend for our business operations and have many new project opportunities.”

For this reason, Bauer has confirmed its full-year forecast, which predicts that total group revenue will reach €1.8 billion and EBIT will come to around €90 million. Also, earnings after tax are expected to be significantly higher than they were in 2017.

Bauer said, “Construction will be able to increase its revenues and earnings in the second half of the year and the Resources project in Oman will be fully under construction then.”