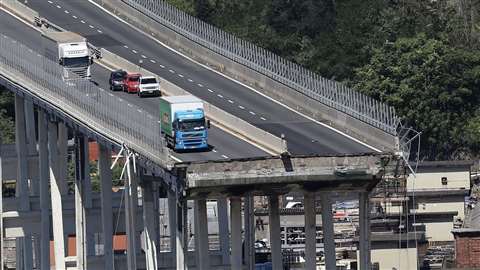 The operator of the bridge has come under scrutiny

In the wake of the Genoa bridge collapse, Italy’s transport minister appears to be laying the blame squarely at the door of the operator of the viaduct, Autostrade per l’Italia.

On his Facebook page, the minister, Danilo Toninelli, called on the leaders of Autostrade to resign, and added that because there had been “serious failures”, the procedure for the revocation of the concession had been started, with fines of up to €150 million to be imposed on the company.

He said, “Se non sono capaci di gestire le nostre Autostrade, lo farà lo Stato” - “If they cannot manage our motorways, the state will do it.” He added that citizens came before corporate profits.

On Thursday evening (16 August), he announced that inspectors would start the next day to try to find the cause of the bridge collapse, and that they would report back within a month.

Meanwhile, structural engineer and bridge designer Ian Firth warned that care must be taken when considering the cause of the disaster, which claimed at least 39 lives.

UK-based Firth is a former president of the Institution of Structural Engineers, a past chairman of the British Group of the International Association for Bridge & Structural Engineering, and an Honorary Fellow of the Royal Institute of British Architects.

He said that any comments now were “pure speculation” until more was known. “We can only look at what we know now,” he said. “We know it was an unusual design.”

He said he understood that civil engineer Riccardo Morandi had designed three bridges of this sort - the Genoa Bridge built between 1963 and 1967 by Società Italiana per Condotte d’Acqua, and the General Rafael Urdaneta Bridge in Western Venezuela, constructed some years earlier, plus, he believed, a bridge in Libya. Morandi died in 1989. 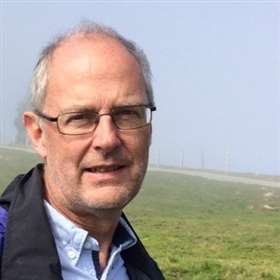 Ian Firth, former president of the Institution of Structural Engineers

Firth said, “He came up with an unusual design – cables encased in concrete sheathes, which makes it impossible to inspect the steel tendons.

“The questions I would ask would include, first, what is the condition of the cables?” He said it appeared that at the far end of the viaduct, from the part that collapsed, work had been undertaken to strengthen the support, bypassing the original cables. “That is one area to look at and it could be part of the reason.”

Firth said the footage of the bridge crashing to the ground 45m below seemed to show that the deck disappeared first, before the tower fell. He said that this order of events suggested that the stays might have failed.

“There is discussion that the thunder and lightning could have contributed,” he said, “but I find that hard to believe. But I have spoken to a few people who don’t dismiss that.”

He said it was suggested that if the cables were in poor condition at the top of the tower, this might have been possible.

While he said he had not seen specific evidence, the foundations could also have been a factor. He stressed that he did not know the geology, but that there appeared to be a river wall which should have protected the foundations.

However, he said that this could have caused the collapse, if an underground river had formed as a result of the huge quantity of rain, and it undermined the foundations. However, he added that he felt that the tower would go first and that this had not appeared to be the case.

“Finally, there is the design,” said Firth. “It’s not a design that would have been used today. In the 1960s we learnt a lot about prestressed concrete. It was in its infancy then.

“There is also the question of the heavy traffic. Questions have been asked about the level of maintenance and whether it was sufficient. Bridges need that.”

Regarding the other Morandi-designed bridges, such as the one in Venezuela, he suggested it would be a good idea to check their condition.