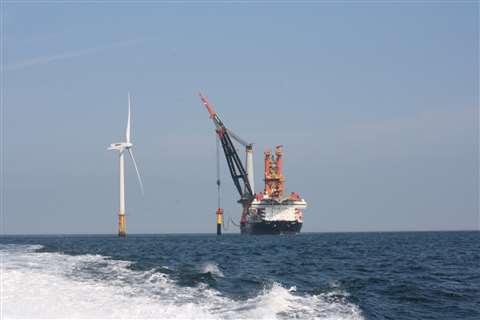 Increased efficiency, reduced cost and faster cycle times are among the benefits of a new method of installing piles for offshore wind turbines.

A new approach was taken by Heerema Marine Contractors, together with its client Delft Offshore Turbine (DOT) and their subcontractor Cape Holland. It was the installation of the DOT monopile at the Eneco Amalia wind park off the Dutch coast.

A relatively new driving technology was used by Cape Holland in combination with a new installation operation by Heerema’s offshore lift vessel Aegir, Heerema said. A Vibro Lifting Tool which is a hybrid of a vibro hammer and lifting tool was used to vibrate the monopile into the soil. It meant no other tools were needed for picking up, upending or finally driving the pile.