In many counties around the world road construction is central to their government’s plans for economic development. 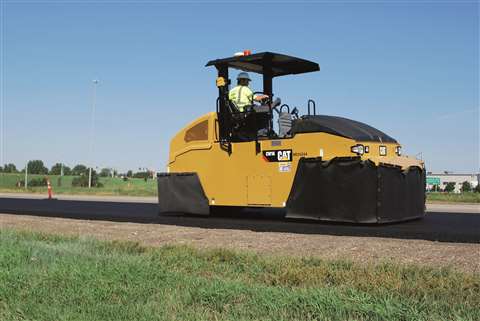 Based on these figures from Statista, between the years 2020 and 2030, approximately the same amount of money will be spent on road infrastructure as is spent on electricity and rail infrastructure combined.

India is no exception to this rule, with the Modi government making infrastructure investment one of their key policies, with the 2018 to 2019 budget setting aside a record $72 billion for infrastructure projects.

In fact, last year around 10,000km of roads were laid in the country, at an average rate of approximately 28km per day. The government’s target for the coming 12 months now stands at 40km per day. Time will tell whether or not this rate is achievable, but, from a global perspective, developments in road construction technology are undoubtedly taking this sector into uncharted territory.

Corey Hanback, worldwide industry manager for paving products at Caterpillar, touches on the influence of this new technology.

“The basic methodology of road construction has not changed significantly, but certain technologies can help improve the efficiency of the work, leading to faster completion times,” he said.

“For example, working from a virtual design reduces the need to stake out sites for earthworks (and potentially re-stake them if a stake gets disturbed), and a mill or asphalt paver will be working from a single reference that can contribute to greater precision, quality and efficiency.

“Cat diamond bits for cold planers are also an example of technology that enhances efficiency.

“The bits stay sharp much longer than carbide bits, which means they do not require frequent stops to change with fresh bits. As carbide bits wear out, the cut becomes less precise and fuel consumption increases. On some materials, carbide bits might have to be changed several times in a day, cutting into daily production. Cat diamond bits can stay sharp over weeks and months of production on a single set.” 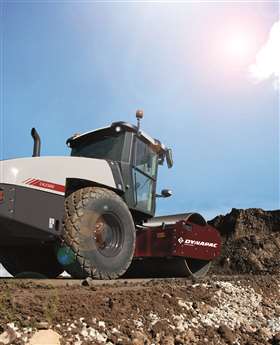 A single-drum vibratory roller from Dynapac

Fredrik Akesson, manager at Dynapac’s Technology and Application Center, agrees with Hanback that the basic procedures for road construction have remained largely unchanged over the past decade. He believes the equipment being used is the primary reason for greater productivity, commenting, “We see machine control systems as more or less standard equipment on the bigger jobs. This improves the overall quality and productivity quite a bit.”

While he admits he doesn’t have exact statistics to back up the statement, Akesson believes an approximate 10% improvement has been achieved over the past ten years and says that, while certain materials require time and patience when being worked on, shorter project times must not affect the end result. The quality of the job is sacrosanct.

Akesson strongly suggests that the quality of the road surface is more important than the speed at which it is laid down. To demonstrate this, he highlights the benefits of the single drum soil roller, a heavy piece of engineering that, when used correctly, has a massive impact on the quality and life expectancy of any road project.

Akesson sees the soil roller as an unsung hero of the project, saying good achievements are rarely noticed, but poor compaction will be noticed right away as unevenness in the road or cracks in the asphalt.

In China many of the country’s highways are badly deteriorated and must cover great distances – in an official census in 2017 China’s highways were found to cover 130,000km. In a country with a large road network which is, in some places, in less than ideal conditions, it is clear that repair work is the priority.

David Beatenbough, LiuGong’s VP for research and development, has seen the newer construction technologies, which have already been utilised in the country’s eastern urban areas, now being used to spread the infrastructure to central and western parts of the country. 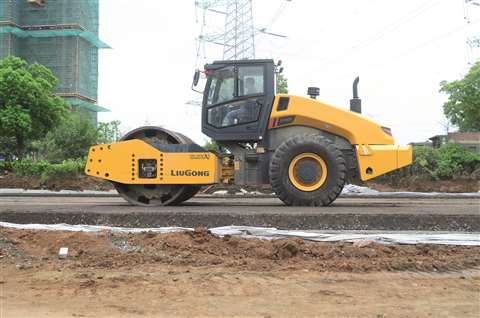 “Improving the quality of jobs completed is a major direction of paving in China,” he said. “We are seeing better preparation of the sub-grade, more stringent control of compaction and more attention to surface finish. Planning of jobs is better with the inclusion of underground utilities in the scope of many urban re-paving projects.

“In the past,” Beatenbough added, “subgrade preparation was frequently not sufficient to allow refurbishment; it was more cost-effective to start over. Now, primary road construction has improved to allow the refurbishment of old pavements and this segment of the industry is growing as a result.”

In terms of technology, construction firms in China are now adopting many of the latest techniques and equipment that are already in place in different markets around the world. For instance, China will move to China Non-road Stage lV, equivalent to the US Tier 4 configuration in the next few years. as the country starts to get serious about emissions.

Beatenbough added, “Higher-frequency compaction, intelligent compaction systems, superpave mixes and other technologies are all are being used more frequently, and their use is expanding beyond the Class I & II roads and into Class III pavements as well.”

While there are huge changes in the way road construction projects are approached in China, the need for speed is outweighed by the need for improvements in subgrade preparation, utility management and better finishing.

Other changes include the equipment being utilised on site, with wheeled loaders becoming less prominent and excavator sales growing, along with their greatly expanding applications. 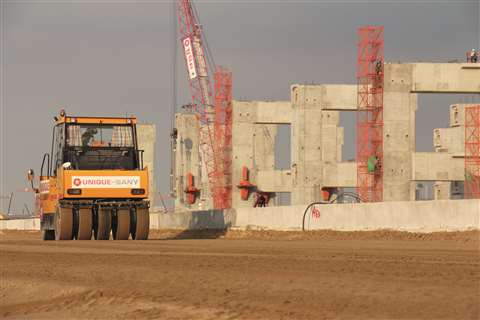 A Sany motor grader levelling the ground in Thailand

Mr Liu, head of Sany’s R&D Institute, Road Machinery, Top of Form, commented, “The use of asphalt in road construction is becoming more mainstream, the technology of ‘white-to-black’ [transforming the cement concrete pavement into asphalt concrete pavement] is now being used on a large scale, along with thin-layer construction, used frequently for pavement maintenance.

“New pavement materials, such as warm-mixing asphalt and foam asphalt, are also used. Compared with ten years ago, there is now increased ownership, especially of large-scale equipment. Meanwhile, efficiency on projects has been greatly improved, with larger asphalt batching plants and greater use of larger single-drum rollers, generally at more than 20 tonnes.”

Mr Liu says that he believes that construction efficiency has been improved by between 20 and 30% in China, and he also makes a point that is surely universal – that the schedule of road construction in China is dependent on the guarantee of funding. 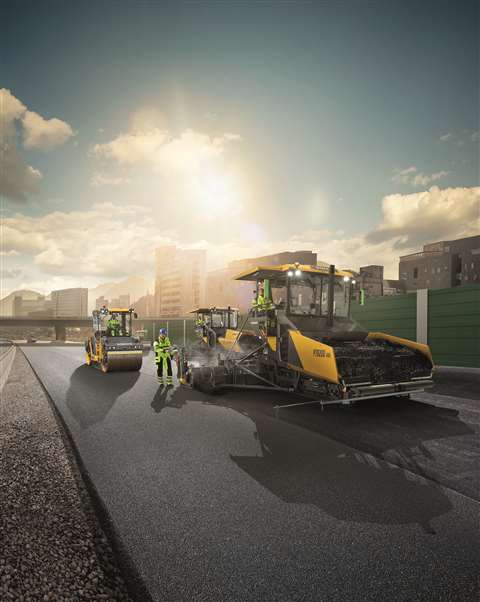 The advance of technology in road construction must, of course, go hand in hand with other conditions, including the political and economic climate. Differing regional requirements can also be extreme, with low-temperature pavement technology, super-thin layers, and so on, dependent on whether roads are constructed in elevated and cold or high-temperature regions.

To cope with these many and varied construction scenarios, Chinese manufacturers are working on the development of machinery at the cutting edge of technology, including electric drive, artificial intelligence and energy conservation technologies.

Paul Johnson is the director of road machinery for Volvo CE, dealing with the Europe, Middle East and Africa (EMEA) sales region. He comes at the problem of road delivery from a different angle, saying that both material and logistics planning frequently cause bottlenecks in the execution of projects, which can often negate the gains made from the enhanced efficiency of new technology.

While the speed of laying down a road surface may not be everything, Johnson says that Volvo CE understands that its customers are looking to deliver projects that are on time and within budget.

He commented, “A lot of customers are looking to our machine uptime and controllability to allow them to complete the job first time, on time and with the best accuracy.

”Similar to the general construction industry, there has also been a shift to consider the wider impact of construction on others, such as the local environment, residents, machine operators and road users.”

That said, with Volvo’s reputation for technological advances, Johnson is quick to direct attention to equipment, such as the firm’s P4820D asphalt paver – the first of its latest generation of pavers.

Johnson said, “The market requested a lighter machine, more manoeuvrability, with less environmental impact, whilst keeping the same performance and features of larger machines. This is something you can expect to see a lot more of.”