The Netherlands-based manufacturer Tobroco-Giant has produced its 20,000th machine, 22 years after its first. 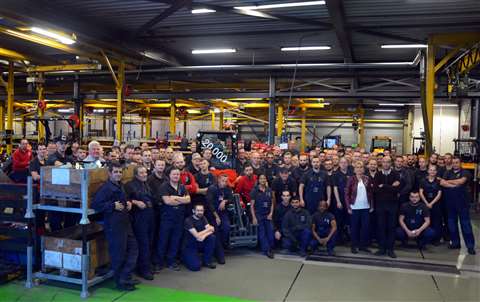 The model was its D337T X-TRA wheeled loader in its characteristic yellow and grey colours. It is fully equipped with a cabin, heavy duty axles and 3-point hitch, and is ready to be shipped out to a customers in Denmark, confirmed Tobroco-Giant.

Tobroco-Giant is expanding its factory in Oisterwijk, the Netherlands, as demand for its products has increased for loaders, telehandlers and skid steers.