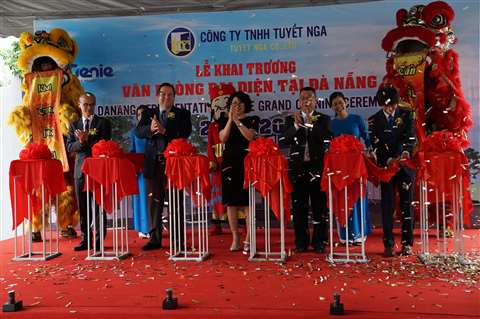 TNC, established in 1995, is headquartered in Hanoi, with its first branch office being in Ho Chi Minh City. Its subsidiary, Vietnam Rental, has been experiencing steady growth. Turnover increased by almost 30% over the previous three years, which, in turn grew its fleet size to 750 machines, all of which are Genie platforms and lighting towers.

“Our partnership with Genie for the last 20 years is a key factor in driving our growth. With our government focusing on reducing accident rates at jobsites, we are proud to offer a 100 per cent Genie fleet to the market,” said Tran Kim Dzung, general director of TNC. 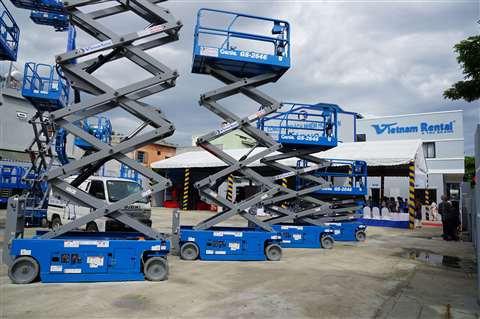 Part of the TNC fleet

TNC’s expansion is in tandem with the booming economy in Da Nang, Vietnam’s biggest city in the central coastal area, located between Hanoi and Ho Chi Minh City. It is also one of the 325 nationwide industrial zones to be appointed by the government in September 2016. The city has become part of the Central Key Economic Zone that is expected to increase development in sectors such as oil and gas, shipbuilding, logistics, and other high-tech industries. Da Nang has topped Vietnam’s Provincial Competitiveness Index raking from 2013 to 2016. Today, it is also fast becoming a tourist destination with a growing number of luxury hotels, resorts and entertainment parks.

“The decision to open a branch there made a lot of economic sense. We want to be a trailblazer in the Central Coast Area in access equipment rental by providing the quickest rental service and best customer support,” said Dzung.

Investments from foreign companies have given the civil and industrial construction sectors in Vietnam a boost. The demand for MEWPs is also spurred by the entry of foreign contractors from developed countries such as Germany, USA, Australia, Korea, Japan and Singapore, drawn by large-scale projects such as the construction of the new airport terminal. They hold higher standards for project management and safety issues, hence increasing the relevance for MEWPs.

The new Da Nang office is currently supported by a 10-man team that handles both sales and technical services. The team is headed by Dao Son Hai, who brings with him extensive experience in managing projects of various scales in South Vietnam.

“We aim to be truly accessible to customers in the region and a knowledge hub for MEWPs in Central Vietnam. We are targeting a market share of more than 65% and increase our fleet size to 200 machines in two years,” said Dao.