Oil- and gas-related installation and maintenance continues to keep heavy cranes in work and offshore wind turbine installation is still on the rise. Then, while the perennial promise of bountiful oil field decommissioning work remains a tantalising if seldom realised prospect, things are changing.

Exploration work for new oil and gas fields declined sharply after the price of oil collapsed at the end of 2015. While fewer new oil fields are on the horizon, the price of oil has been climbing steadily again. Work to complete existing contracts continues apace and will for some time yet.

Demand for oil worldwide is forecast to reach a peak in 2023. Jobs like topside load outs are often reported in ICST and these are then followed by extraordinary heavy lifts using massive floating cranes or float overs or other types of installation, out at sea.

Right at the top of the capacity scale is Europe-based contractor Allseas with its Pioneering Spirit, a giant twin-hulled installation and decommissioning vessel.

At 382 m long and 124 m wide it dwarfs all before it. In June it broke the record for the heaviest single lift installation to date when it placed the 22,000 tonne Johan Sverdrup DP topsides on its jacket off the coast of Norway. Capacity of the vessel, however, is 48,000 tonnes for platform topsides and 20,000 tonnes for jackets.

A new heavy lift crane contract has been awarded by Jumbo to Huisman. It is for two new heavy lift cranes, the main one of which will lift 2,500 tonnes. They will be fitted to Jumbo’s new DP2 Heavy Lift Crane Vessel (HLCV). Heavy lift shipping specialist Jumbo appointed fellow Dutch company Huisman Equipment BV to design and construct the cranes for delivery in the first quarter of 2020.

The main crane will have a triple hoist to handle complicated upending operations. It will also have a 600 tonne capacity auxiliary hoist with active heave compensation (AHC) and a depth rating of 3,000 metres. The second crane will have capacity of 400 tonnes and AHC to 3,000 metres on the main hoist. It will be positioned to service the moon pool and there will be a man-riding whip hoist.

The new cranes will extend Jumbo’s current capability. Michael Kahn, Jumbo managing director explained, “This year Jumbo is proud to celebrate 50 years in business. This also marks the continuation of our long-lasting relationship with our partners in Huisman. Our new HLCV, equipped with these cutting edge cranes, enables Jumbo to further step-up, scale-up and diversify into the global offshore energy market.”

It is not always high capacity cranes needed for offshore work. A new 50 tonne capacity crane for the oil and gas sector has been announced by Liebherr. The RL-K 2600 is an offshore crane designed for applications where space on deck is limited.

A major new contract for offshore crane manufacturer Palfinger Marine is to supply a range of models for the new Nexans vessel Aurora. Palfinger Marine will supply two five tonne overhead travelling gantry cranes, a pair of its 10 tonnes (at 30 m radius) DKF500 knuckle boom cranes, and a DKT500 telescopic boom crane which lifts 20 tonnes at 15 m. Delivery is due by the end of 2020 and additional equipment supplied will include two pairs of Abandon & Recovery winches.

With onshore wind energy well established around the world, attention is increasingly turning out to sea where turbines can be larger, more numerous and less obtrusive. Installation requires clever techniques and often big floating cranes. New heavy lift vessels are under construction in ship yards around the world. Most carry large high capacity cranes and are specifically tailored for large offshore wind turbines.

Repetitive heavy lifting at sea is a tricky operation and wind farms are getting larger with many turbines. Alternative turbine designs and installation methods are an interesting area of development, not always involving cranes or only much smaller ones. A trend towards smaller cranes may follow a similar tendency set to emerge in onshore wind turbine installation work.

Earlier in 2018 the world’s largest leg-encircling crane for offshore wind work was installed. The 1,600 tonne capacity crane is for specialist contractor Van Ord. Offshore contractor Heerema installed the crane, built by offshore lifting specialist Huisman on the new vessel Aeolus. It used Thialf, itself a giant heavy lifting vessel, fitted with a pair of cranes able to lift more than 14,000 tonnes.

Also new in the wind sector is a 3,000 tonne capacity Liebherr type HLC 150000 heavy lift offshore crane. It will be fitted to a new semi-submersible offshore wind farm foundation installation vessel. China Merchants Heavy Industry will build the vessel for Oslo, Norway-based Offshore Heavy Transport. It will be used for the installation of jackets, monopiles and mono buckets for wind turbines. Other work will include decommissioning and heavy-duty transport.

Liebherr worked with OHT, Ulstein Design & Solution, DNV-GL and CMHI to develop the design. The 216.3 metre ship will be built at the CMHI dock in Haimen. Contracts were signed on 6 July by CMHI and Liebherr in China. Operations using the new equipment are due to start in 2020. The crane will be built at Liebherr’s Rostock plant on the north east coast of Germany.

The lattice boom crane is a design with a slew bearing and a foldable A-frame to allow passage under bridges. Its boom will be more than 70 metres. Submerging the 48,000 dwt vessel when in operation will increase stability and allow operation in almost any weather, Liebherr said. A split hook operating mode allows 1,500 tonnes to be carried separately on each hook.

Commenting on the deal, Armin Seidel, Liebherr area sales manager for offshore cranes, said, “Since 2016 we have been working very closely with OHT targeting an efficient design to meet the project requirements and thereby decreasing the costs of installing wind farms on high seas. We have now succeeded in doing this and achieved an optimal balance between weight and performance.”

A different approach to turbine installation has been taken on a new telescopic turbine tower project in Europe. Claimed as a world first, it is part of the H2020 ELICAN project led by ESTEYCO, where UK-based international heavy lift and transport specialist ALE is part of the consortium. The first self-installing telescopic offshore 5 MW wind turbine has been installed in the Canary Islands off the Spanish coast.

The concept uses a self-floating gravity-based structure (GBS) and a self-lifting telescopic tower, both made of concrete. It can be assembled onshore, with the turbine, and then towed to site. ALE completed the tower lifting operations, coupling and the offshore installation. Money is saved because “it does not need large, costly offshore equipment for its installation, thus reducing the overall installation cost (about 30%), ALE says.

Another new approach was taken by Heerema Marine Contractors, together with its client Delft Offshore Turbine (DOT) and their subcontractor CAPE Holland. It was the installation of the DOT monopile at the Eneco Amalia wind park off the Dutch coast.

A relatively new driving technology was used by CAPE Holland in combination with a new installation operation by Heerema’s offshore lift vessel Aegir, Heerema says. A Vibro Lifting Tool which is a hybrid of a vibro hammer and lifting tool was used to vibrate the monopile into the soil. It meant no other tools were needed for picking up, upending or finally driving the pile.

With all that oil and gas installation work done over the years around the world, an increasing amount of the equipment is or soon will be obsolete or surplus to requirements, when oil and gas reserves in particular fields become exhausted. Much depends on the prevailing and likely immediate future direction of the oil price. Coupled with environmental concerns over just abandoning old rigs and equipment means some decommissioning projects are coming through and contractors are now beginning to invest in special vessels and lifting equipment to cater for the long-anticipated growth in demand.

In addition to installation work, Allseas has used Pioneering Spirit to complete several major decommissioning contracts since the vessel entered service in 2016. It broke the world record for the largest single lift ever – 24,000 tonnes – on the Shell Brent Delta decom project in 2017. In addition to its super heavy lifting capability, it has a smaller but still 5,000 tonne capacity crane for lighter jobs.

Maersk Decom is a new 50:50 joint venture company set up by Maersk Drilling and Maersk Supply Service. Interest has come from all around the world but the most has come from the North Sea sector where more than 400 fields are expected to cease production by 2026, Maersk Decom says.

Lars Banke, Maersk Decom CEO, commented, “Maersk Decom may be a new company, but it is built on the track record that both parent companies, Maersk Drilling and Maersk Supply Service, have already established within the field of decommissioning. The name carries with it the long legacy of delivering safe and efficient operations to the offshore energy sector,

and the global footprint and corporate values that we will continue to share with both parent companies.”

Initially the company will be able to cover 80 % of the decommissioning process, including project management, well plug and abandonment, towage of floating units and removal of subsea infrastructure. Longer term, the company said it plans to provide a full end to end service.

The Maersk Laser and Maersk Giant from Maersk Decom

In a bid to improve safety the International Marine Contractors Association (IMCA) has revised its Guidelines for Lifting Operations. Following a review of all sections of the document, IMCA added appendices on subsea lifts, diving operations, lifting personnel, lifting at extreme heights and dismantlement of offshore structures. 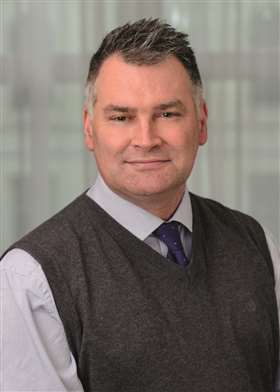 There is a new lift planning flowchart with a focus on the lifting team, lifting supervisor and dive supervisor. Also included is a new lift categorisation flowchart and a section defining lift categories as routine, non-routine or engineered lift. Use of crane charts is covered, as is tag line use, out of plane forces, vessel stability and heave compensation. Inspection, examination and marking of lifting equipment are also included.

Mark Ford, IMCA technical manager, said, “The objective of the guidance document, which is intended for world-wide offshore industry lifting operations, is that when each step of the process is followed, then every lift should be carried out safely.

“The Guidance shows the essential elements which should be included in company procedures for lifting operations, with industry recommended practice to promote safety.”