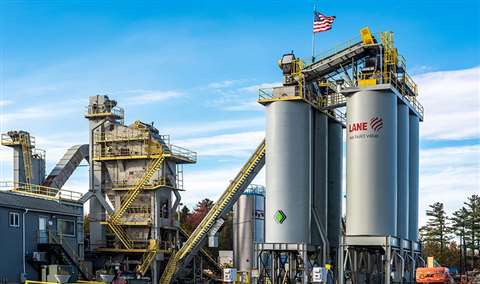 Lane’s plant in Bangor, Maine, US

Eurovia, of the Vinci group, has finalised an agreement with the Salini Impregilo group to acquire the Plants & Paving division of its US-based subsidiary Lane Construction for US$555 million.

While the sale, which was first announced in August this year, will double Eurovia’s operations in the US to more than €1 billion (US$1.14 billion) in revenue and 3,300 employees, it was said to allow Lane to pursue its strategy to focus on large, complex civil engineering projects in the region.

Pietro Salini, chief executive of Salini Impregilo, said, “We are really happy to close by the scheduled time a transaction that allows us to withdraw from a non-core sector for Lane and focus on areas where the group has built its business model, in particular large infrastructure projects, in sectors like transport, water and tunnelling, in line with our global growth strategy.”

The US was said to be the single largest market by revenue for Salini Impregilo. So far this year, it has produced more than US$3.1 billion in new orders, acquired and to be finalised, with a more than 30% increase in backlogs from the previous year.

The division that has been acquired operates in 10 eastern seaboard states and in Texas, employing about 2,000 people and generating annual revenue of more than US$600 million.

The acquisition covers about 40 asphalt production plants and several quarries producing more than one million tonnes of aggregate annually.

The division’s activity supplements Eurovia’s existing US operations through its subsidiaries Hubbard and Blythe Construction, which operate in the south-eastern states of Florida, Georgia, North Carolina and South Carolina. 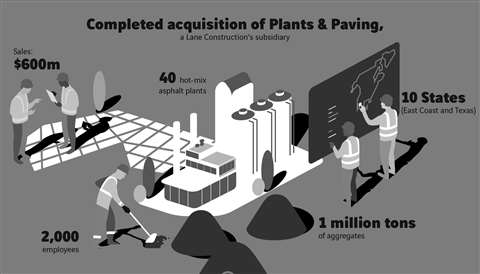