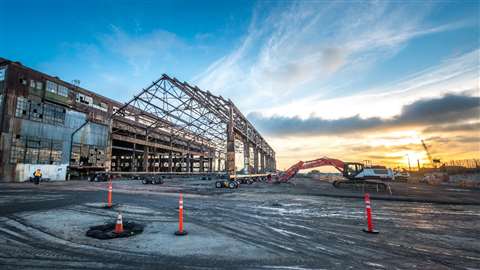 The 192.5 tonne steel building frame was moved into temporary storage while Pier 70 in San Francisco, USA, underwent refurbishment. Originally the plan was to cut the building frame into pieces prior to storage. Mammoet, however, proposed moving the building frame in one piece so it would save time in not having to reassemble everything. It would also helper safety by reducing the amount of work at height. Holland Dollies were the perfect fit for this operation, Mammoet said, due to their ease of alignment and operation.

The building frame was jacked up about 180 mm and then rolled 37 metres using 16 Holland dollies for the structure and six more for the bracing. A pair of excavators from Silverado Contractors were also brought in.

When the pier is renovated the building will be rolled back into position about 3 m higher. The frame will become a decorative centrepiece for the new neighbourhood. Other features of the Pier 70 waterfront site will include affordable housing, waterfront parks, space for artists and local manufacturing, and rehabilitated historic buildings. 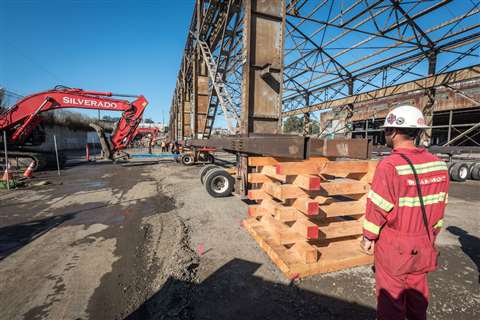