International heavy lift and transport specialist Mammoet has transported a historic steam locomotive from the Centennial Park, Nashville, Tennessee, USA, to a site two miles away where it was placed on live rails. This was the first time the train had moved in 65 years. The locomotive will now be overhauled and, ultimately, be returned to service. 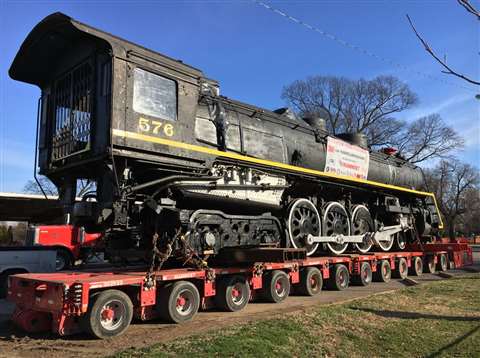 To move the locomotive, Mammoet jacked the 180 ton (163 tonne) train and secured it to 12 axles lines of Goldhofer PST trailers. This was followed by the jacking of the locomotive’s 65 ton (59 tonne) tender, which was placed on a Broshuis nine-axle trailer. Once secured, both the train and tender completed the successful transport to the live rail.

According to Mammoet, the locomotive, a 576 model, was built in 1942 and is the last remaining J-3 class 4-8-4 steam locomotive designed and built by the American Locomotive Company for the Nashville, Chattanooga, and St. Louis Railway. 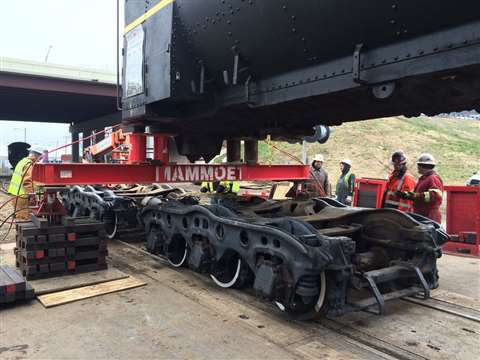