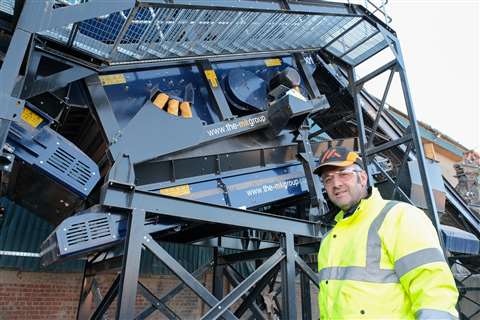 The newly installed recycling line at Scott Bros, based in Teesside in the north east of England, is capable of processing 50 t/hr and as a result the company says more waste that would have gone to landfill can now be repurposed.

Its introduction has streamlined the process by efficiently segregating larger items for recycling such as metals, cardboard, plastics and wood, which are then sent to a picking line.

Another major advance is the addition of magnet technology which can retrieve and sort smaller metal items, such as nails, screws and hinges.

It is estimated this measure alone will prevent 1 t a day of metal, previously too difficult to segregate by hand, from ending up in landfill.

The plant’s original and smaller recycling line is being retained and will be dedicated to processing smaller grade material. It, along with other machinery, will be upgraded to bring the total investment to £1 million ($1.3 million).

“This new recycling line has not only transformed the volume we are able to process but allows us to recycle a higher percentage of waste that previously would have gone for disposal to landfill,” said Scott Bros director Peter Scott.

“This significant investment is about reducing our carbon footprint and creating a greener future, and the new processing line is an example of the company embedding the philosophy of the circular economy in our future.”