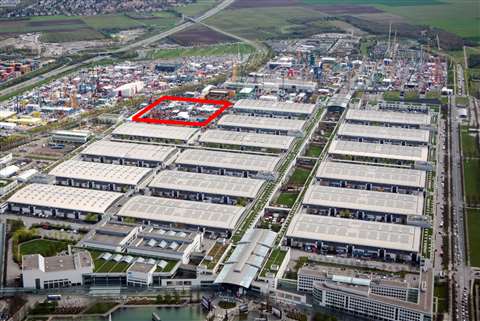 Bauma 2019 will see the left-hand row of halls (the C Halls) extended with the addition of halls C5 and C6 (highlighted in the photo from 2016).

Anyone who has visited the Bauma trade show in the past will have a clear idea of just how large an exhibition it is, but as Mareile Kästner, exhibition director at show organiser Messe München, explained to Construction Europe, there are some major changes to the 2019 edition of Bauma.

For a start, there are new halls which will be open for the first time. According to Kästner, “The construction of the new halls C5 and C6 marks the completion of the original plans for the Munich trade fair site. This strategic decision by Messe München also influences the planning for Bauma, a trade fair that spreads across the entire fairgrounds.”

So, two new halls are being added, and as a result, the open-air exhibition ground area in the centre is being eliminated. The area used for components is being expanded to five halls.

“We decided to add a hall to this area (hall A2/orange) because the waiting list was very long in the past, particularly in the component area, and many exhibitors in these halls needed more space.

“We will use the second hall for the classic Bauma area of construction machinery and accessory equipment as a way of offsetting the loss of the open-air exhibition ground area with hall space.”

This will entail the transfer of open-air exhibitors to the hall, and a small change in exhibitor areas will be made in the process. 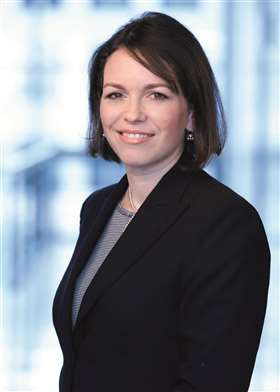 The former hall B3 (construction machinery and accessory equipment) has been integrated into halls B5 and C5.

The hall freed up by this move will be used by frameworks and scaffolding, which is a transfer from A2, and will make room for the additional component hall in A2.

Kästner said a number of steps were being taken simultaneously to cover the loss of the open-air exhibition ground area that will serve as the site of the two new halls.

“As part of this work,” she said, “we have already spoken with several exhibitors about reduced exhibition space. This was done in consideration of position and space needs.

“Our priority was to provide our customers with the necessary background information and to come up with a joint solution. During many conversations, we outlined the most important points in the respective case, and focused on carrying them out.”

One particularly important change, according to Kästner, is the enlarged exhibition area for construction machinery and accessory equipment on the open-air exhibition ground area North that is located directly on Bauma Boulevard.

“Many exhibitors have moved from the middle zone here to the new centre of the open-air exhibition ground area.”

Several other adjustments were made as part of the re-planning.

The special show Think Big for students is being moved to the ICM (Internationales Congress Centre). As a result, the area of construction equipment and tools is expanded into B0.

Think Big is aimed at young visitors, in particular students who are interested in a career in the construction machine industry.

The Bauma virtual experience will be held there – a digital construction site that visitors can visit virtually.

The changes at Bauma 2019 will have an effect on exhibitors and visitors.

Kästner said, “Many of our exhibitors on the open-air exhibition ground area North, Centre and F5 are basing their trade fair planning on a new position and new booth design.

“Because such a broad number of changes are rarely made, the key anchors for future Baumas have now been put in place.”

The new layout planning will be a major issue to be covered in visitor communication, she added.

“Our fairgrounds plan provides new orientation, something that is also facilitated by the colour code and icons.”

Messe München is also drawing on various aspects of digital media, including a video about the new layout, and exhibitor media that display the hall layouts and booth positions of each exhibitor.

“A key factor will be the sign system used on site. It will help visitors easily find their way around the fairgrounds. The Bauma app also helps visitors find the booth they are looking for.”

A large number of exhibitors of construction machinery and accessory equipment (the yellow section on the fairgrounds map) in the halls and in the open-air exhibition ground area will have a new position.

“In making the changes,” said Kästner, “we worked hard to ensure that the connection with other exhibitors/neighbours remained intact. In the process, we also had an opportunity to address a wish or two made by exhibitors regarding booth size, dimension and position.”

She said the new booth assignment had been particularly well received in the component area.

“Thanks to the new spatial separation of powertrain (A3) and engines (A4), we had an opportunity to provide space to both areas and to position new exhibitors.

“In hall A2 – Bauma Digital/Sensor Technology and Diagnosis – we have combined all providers involved in digital activities.”

She added, “We work hard to ensure that the interests of the exhibitors are addressed in the best possible way. One example is the company Wacker Neuson, which is voluntarily moving from the northern to southern section of the fairgrounds.”

As always, KHL will have a stand at Bauma and visitors are more than welcome. Off-Highway Research, an independent division of KHL, will also be at the show as will KHL’s Power Division which publishes Diesel Progress and Diesel Progress International.

The stands can be found at: