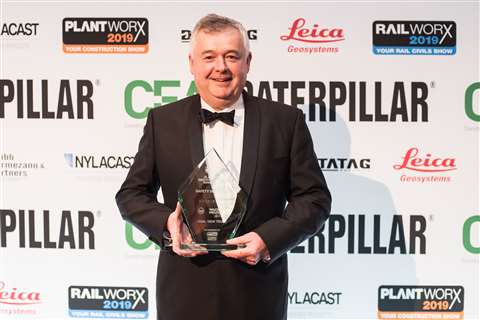 German equipment manufacturer Wacker Neuson won two gold awards at this year’s Plantworx Innovation Awards ahead of the exhibition of that name taking place in June.

Other winners included British Steel, which won the gold award for engineering for its descaling process, while Engineering company Nylacast led the way in the commitment to skills and training category and manufacturer Bomag GB took the top digital innovation award for its Bomap app, which simplifies document control for soil and asphalt compaction.

The winners were announced at a gala dinner in Peterborough, United Kingdom, which will also be the venue for the Plantworx exhibition between June 11 and 13.

Gold, Silver and Bronze level awards were also given out in the categories of security and non-operated plant and support products. All winners and their products will be at the Plantworx exhibition, which will be previewed in the May-June issue of Demolition & Recycling International.