CAN guages from Veethree 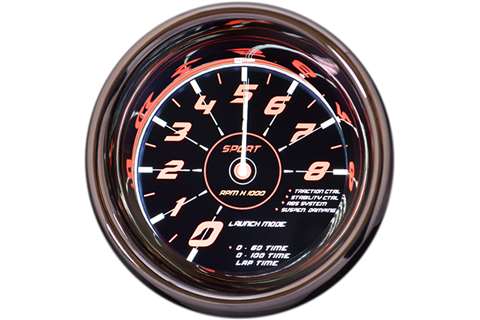 Veethree Technologies has developed the R Series of round CAN gauges

Veethree Technologies, a tech  company based in the UK, has developed a round, edge-to-edge touchscreen display.

Providing real-time data from an engine’s management system, the R Series of CAN displays have: CAN bus and RS485 connections; analogue inputs; and digital outputs.

According to Veethree, the R Series is suited to a variety of applications including instrumentation for plant machinery.

Veethree said the R series modernises traditional gauges and offers a customisable screen with capacitive touch abilities, which provide the styling of a traditional analogue gauge with the ability to change its looks.

James Cope, Veethree Technologies sales & market manager, said, “All similar products on the market use rectangular LCDs in a round housing. The R Series are the first truly round, edge-to-edge LCD gauges to be made available.”

The company claims the R Series gauge is the first ever to be fully round and said it would also offer customised software applications for the device.