The idea of a system sensing its environment and automatically aiding users with decision making has the potential to be a game-changer, according to Casey Cyrus, business area manager for site positioning systems at Trimble. He even says that, within the next few years, it is conceivable that survey positioning applications could be commonly used in homes around the world. 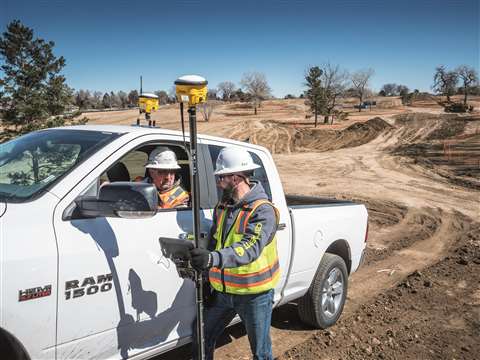 Indeed, many users are familiar with GPS technology for vehicle navigation or hiking and biking. While not developed to be highly accurate, many of these apps can be transformed with simple correction streams to be as accurate as survey systems in use today.

In terms of how far the surveying industry could go, Cyrus cites that, as with many industries, “change comes with challenges”. He said that the innovators within the surveying industry must provide detailed analysis to win over the decision-makers in the field, and this analysis should include productivity studies that highlight the value and return on a technology investment.

So what type of products is Trimble innovating and investing in? The company has recently announced the launch of its TSC7 Controller, a new field solution for land and civil construction surveyors.

The model is said to bring powerful enhancements to the field. It provides a tablet experience with a physical keyboard and a sunlight readable 7 inch touchscreen that supports pinch, tap and slide gestures.

Users can interact with the TSC7 intuitively, easily zooming, panning and selecting items on the large touchscreen. Front- and rear-facing cameras allow users to video conference their office from the field for on-the-job support, and capture high-definition videos and images that provide valuable context to their data and clients. 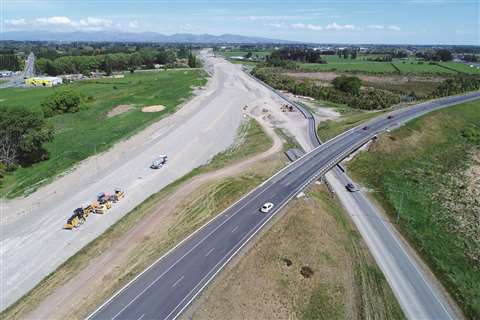 When it comes to producing the latest models, trends will always help decide what companies focus on, and surveying equipment has the potential to change the way people work.

Enhancing the debate that surveying equipment and systems are paramount to construction work, Trimble recently undertook a major job in Christchurch, New Zealand, where the expansion of a four-lane motorway was planned.

The road was just short of 10km and was made up of very soft ground, not least because the country was still experiencing aftershocks associated with the 2011 Christchurch earthquake with consequent liquefaction in the same area.

For this, Trimble used its 4D Control monitoring software, which automatically managed measurement cycles, communications and the flow of incoming real-time data from more than 2,000 sensors and other geotechnical equipment.

The results were then visually available using maps, charts and graphs, giving the project team clarity on what to do next.

The company which used Trimble’s system was International Earth Sciences (IESE), a geotechnical consultant based in New Zealand, which discovered that the conditions required an engineering preload and embankment to be built to improve the ground conditions before the actual road was constructed.

During the process of building up the embankment, settlement was expected due to the load. Due to the soft ground, pore water pressure was also a significant factor that could potentially contribute to displacement.

According to Michael Cheng, senior project scientist at IESE, if pore water pressure were to be too high, too quickly, the engineering embankment structure would fail. Cheng said his team selected Trimble because it could collect and tie data together from multiple instruments, delivering it into one platform. 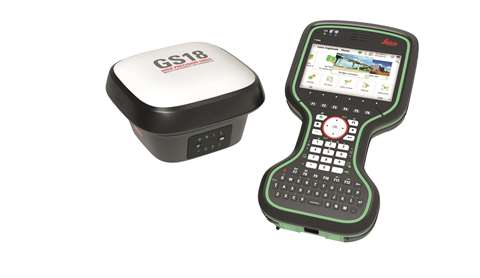 In terms of feature enhancement in products, Moeller said, “Over the last years, surveying equipment has continued to advance with the merging of technologies. Internet connectivity is now normal in surveying equipment and allows measured data to be automatically sent back to the office, and the latest design data can be sent to surveyors’ equipment directly in the field.

“Total stations have, for many years, included imagining technology to record images of what was measured, laser scanners and unmanned aerial vehicle’s  do the same. This will only increase in the future with imaging becoming even more central in the measurement process.”

There are now inertial measurement units (IMUs) included in its Survey Global Navigation Satellite System (GNSS) products, such as Leica’s GS18 T, and its terrestrial laser scanners such as its RTC360, to augment the measurement sensors.

Moeller said that he expects such developments to continue in the coming years and for them to make surveying equipment more productive.

He added, “Software is already a critical component of surveying equipment. Today, measured data and modelled data are visualised in the field in rich full 3D and complete intelligent BIM models are fully available in the field. Further innovation can be expected in the next years to continue to further increase productivity with innovative use of BIM models in both the field and office.”

On the other hand, Bentley Systems believes its products are leading the way in the surveying market, citing that its reality modelling solutions mean engineers and surveyors can confidently work with accurate 3D models to streamline design, construction, or operations workflows. Its solutions are available both as on-premises solutions or cloud-based services. 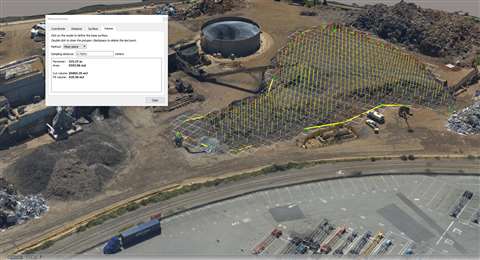 One of its products is the ContextCapture with scalable mesh technology. This quickly displays and visualises multi-resolution meshes in a bid to help surveyors work more efficiently. It has no size limits, meaning users can work with incredibly large reality data such as city-scale models with the ability to handle different data types including photos, point clouds, or both in combination. The scalable mesh technology can contain terrain data from many sources.

Data is said to be the fast-growing theme in the market, according to Bentley’s director of product management, Benoit Fredericque. He said, “Adopting new and emerging surveying technologies means more automation for data acquisition. This increases the amount of data we need to aggregate and process into information that we can use to accelerate the decision-making process throughout the asset’s lifecycle.

“Companies need to think about the integration of photogrammetry and laser scanning technologies with land surveying equipment. Then, they can upgrade their data management system to accommodate massive amounts of data.”

Perhaps fittingly,  Bentley has a new data storage system – known as ContextShare – which allows for masses of data. Working with its ContextCapture, its high-performance cloud-based service makes use of very large reality meshes practical for providing context for engineering and geospatial workflows

Other new products to the surveying market include Pix4D’s drone mapping software for earthworks, construction and infrastructure management, named PIX4Dbim. The company will use this year’s Bauma event to showcase its product. 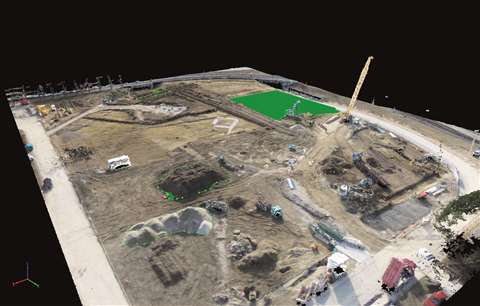 Images taken by drone, handheld or crane-mounted cameras can be converted into precise, georeferenced and scaled 2D maps and 3D models with the new Pix4Dbim model

Offering both desktop and cloud processing, its new software automatically converts images taken by drone, handheld or crane-mounted cameras into precise, georeferenced and scaled 2D maps and 3D models. Results are delivered daily, shared with all project stakeholders and compatible with BIM/CAD software.

The company has also launched its latest version of its crane camera solution, which consists of an advanced weatherproof camera system with an on-board micro-computer.

Fully autonomous and powered by the crane, the system is installed on tower cranes and connected to Pix4D photogrammetry software. Site images are captured automatically during normal crane operations, transferred to Pix4D’s collaborative cloud platform – via a 4G connection – to be processed and converted into 2D and 3D models.

Another new feature of the crane camera solution is that it integrates advanced components to facilitate on-site installation and boost results. This new version promises faster data delivery, higher accuracy and self-maintenance capabilities. 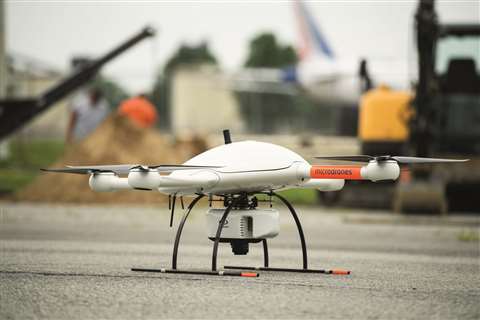 The mdLiDAR3000 model from Microdrones

Finally, Microdrones has launched its new mdLiDAR3000 model, which is the newest LiDAR (Light Detection And Ranging) system that combines the heavy lifting power of the md4-3000 drone with a RIEGL LiDAR and a SONY camera for rapidly producing colorised pointclouds.

The new system is said to take advantage of the power of md4-3000, the largest Microdrones UAV. High payload capacity is said to make it ideal for handling heavy LiDAR sensors, advanced mapping grade cameras, and multiple sensors and provides the robust platform for heavy duty LiDAR geomatics.

The entire integrated system enables the user to acquire high density LiDAR data in the field and turn it into a 3D colorised pointcloud via popular software.