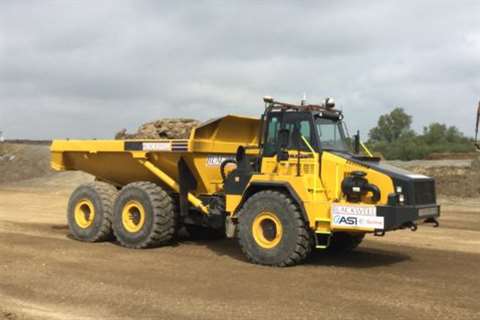 Highways England has announced it is testing an autonomous dump truck on a major UK road construction project.

The company, owned by the UK government and charged with maintaining and improving the country’s road network, said the concept has the potential to speed up roadworks while making sites safer.

Currently, one autonomous truck is being tested in a controlled environment, as part of the £1.5 billion (€1.75 billion) A14 road upgrade and bypass project, between Cambridge and Huntingdon.

Julian Lamb, Highways England’s deputy project director on the A14, said, “We’re increasingly looking to technological advances to help us safely bring improvements to drivers on England’s motorways and major A roads.

“Road construction has changed massively over the years and the testing of trucks such as these promises to allow us to work efficiently, speeding up roadworks, giving more protection to road workers, and moving jobs to other skilled areas.

“The trial we are leading with our partner CA Blackwell will enable the construction industry as a whole to be in a more informed position to make key decisions about autonomy on UK construction sites.”

Highways England said, following the successful conclusion of the trial, it expects to see a full roll-out of autonomous dump trucks on UK roadwork projects within three years.